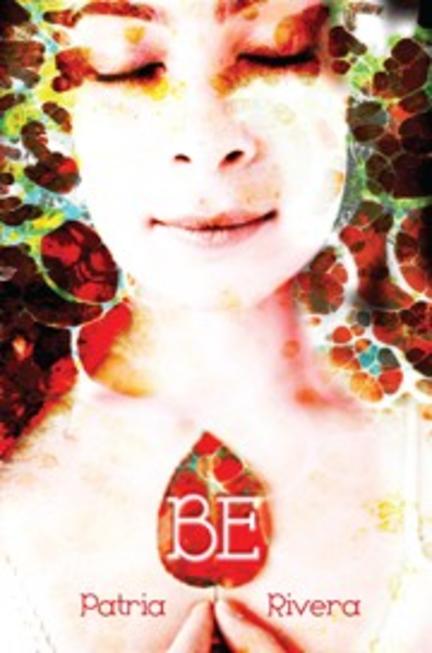 There are things one cannot ever hope to understand. Does existence precede essence even if essence was available? In a collage of disparate images, the BE poems spin together individual and collective states of feelings to examine the fragments of the human condition in little existences.

Patria Rivera?'s first poetry collection, Puti/White, was shortlisted for the 2006 Trillium Book Award for Poetry. She has also published The Bride Anthology and co-authored Weathering: An Exchange of Poems. Her poetry is featured in Perspectives in Ideology, and in Elana Wolff's Implicate me: Short Essays on Reading Contemporary Poems. She has received fellowships from the Writers? Union of Canada, the Banff Centre for the Arts, and the Hawthornden Castle Writers? Retreat. Rivera holds a journalism degree from the University of the Philippines, and has studied at Harvard University, in Australia, and in Germany. She lives with her family in Toronto's east end.

Excerpt: BE (by (author) Patria Rivera)

A way before She loved to sleep and wake up when she’d slept around the corner, too. Near the cop station on Saturday as usual. Sometimes she’d have had three winks and might have been dozing when she dreamt all the way, trying to sleep on Friday and wake up on Sunday morning but didn’t. She was still beautiful while she slept scraping the wall behind the bed with her knuckles— not actually remembering that— the only place she could go for as long as she wanted. It might have been the same night she stretched and yawned and pulled down the blinds and woke up on a Monday twenty-six years later.

Countdown 1 Heavy clouds sail low through the raging battle in that ancient place sighted from the hills. Time parcelling old fires carries what remains of the disputed order. The seasons sit pure in their extremes. Variations of folded nights, object and image transporting significance— nothing will pass through the darkening radiance Too late to uncrumple the world of silences, shifts of discord, the quiet lies waving at a distance. In the morning burning sands will reveal the imagined diminishing surface of water. 2 Watch out for the moon. Expect bad weather. Fish scales foretell a bad storm. Moods— like pressure-system winds— may last for days. An old backing wind shapes earth and expected news as buoyant water hangs unsteady in midair. Most wisdom never navigates backwards but moves clockwise on the odd day. Rivers run regnant with shiver, skim through squall and inconstant billows, stay inside the solace of a sudden stir, seek harbour from the gathering runt. 3 Every salt-laden tree can sting cheeks, like the subtle teasing stress of touching grasses or green surf. 4 History is a witch that turned— stopped and hastened, enticed— beckoned memory. Later, it said, not then, not now, turning the moment over and over. Here, it offers blare and spill, a flood of canvas. The willing that looks like belonging. The story of someone— some people— climbing out of a pit, bare arms and feet clawing into effaced rock, sliding over probability.

“Two new bright literary lights.... The other bright light in the expat literary firmament is Patria C. Rivera, or “Patty” when she was our colleague at the Economic Information Staff of the National Economic and Development Authority (NEDA) ages ago. Patty moved with her husband Joe and their four daughters to Canada in 1987 and have lived in Toronto since. While we knew her to be an outstanding journalist (Joe now a retired lawyer was also talented playwright), no one knew, maybe not even Patty herself, that she was nursing a fine, keen poet within her, although she was already literarily inclined. She started as a junior reporter with Toronto’s Catholic newspaper and rose up the ranks to become news editor. She now edits a magazine for the Canadian missions.

“One of the reasons why I wanted to come here was to follow and track Alice Munro and Mavis Gallant, two of the world’s greatest story writers,” she says. “I used to read their stories from The New Yorker way back when we were still living in Quezon City. Had an inkling they were Canadian but didn’t know for sure until we arrived here. I’ve never met them in person yet but hope to someday.”

She reports that “The Toronto publishing industry is thriving, with titles appearing both in print and digitally. There is a hunger for good content, and readers are a mixed breed, because the city is very multicultural with more than 100 languages spoken, heard, and read.”

Today, Patria Rivera has two very well-received collections of poetry behind her. Her first, Puti/White, published by Frontenac House, was shortlisted for the 2006 Trillium Book Award for Poetry, and was a co-winner of the 2007 Global Filipino Literary Award for Poetry. She has also published The Bride Anthology, also by Frontenac House, and co-authored Weathering: An Exchange of Poems. Her poetry is featured in Oxford University Press’s Perspectives in Ideology, and in Elana Wolff’s Implicate me: short essays on reading contemporary poems. She has received fellowships from the Writers’ Union of Canada, the Banff Centre for the Arts, and the Hawthornden Castle Writers’ Retreat Centre in Scotland.

Her third collection, Be, was launched last May 2 in Toronto. “It aims,” she says, “to seek out the human in an increasingly inhumane world, using micropoetic narratives to explore the insular and peculiar ways that language and emotion scour the surfaces of unknown depths. The mode could be tragic or comic, but my goal was to stretch the context of the most ordinary things into new shapes and meanings.”

Other titles by Patria Rivera