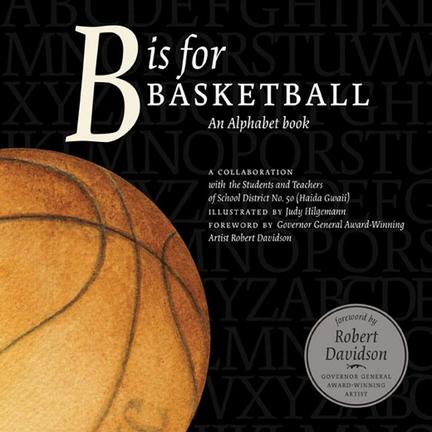 Robert Davidson is a carver, sculptor, painter, printmaker and jeweller, whose work is in private and public collections internationally. He is also a student of the Haida language, culture and history, and performs Haida songs and dances as a member of the Rainbow Creek Dancers. Two books have been published on his work, Robert Davidson, Haida Printmaker by Hilary Stewart and Robert Davidson: Eagle of the Dawn edited by Ian M. Thom, in conjunction with a major retrospective of his work at the Vancouver Art Gallery.

Judy Hilgemann has been an artist and illustrator all her life. She has illustrated several books, including B is for Basketball, which was the official book of the 2011All Native Basketball Tournament and was shortlisted for the First Nations Communities READ program for 2014–2015. She is a member of the Island Illustrator’s Society and Federation of Canadian Artists. She lives in Queen Charlotte, BC.

Other titles by Robert Davidson

Echoes of the Supernatural

The Graphic Art of Robert Davidson

Returning to the Yakoun River

Dancing With Our Ancestors

Jigging for Halibut With Tsinii

The Art of Robert Davidson

Other titles by Judy Hilgemann