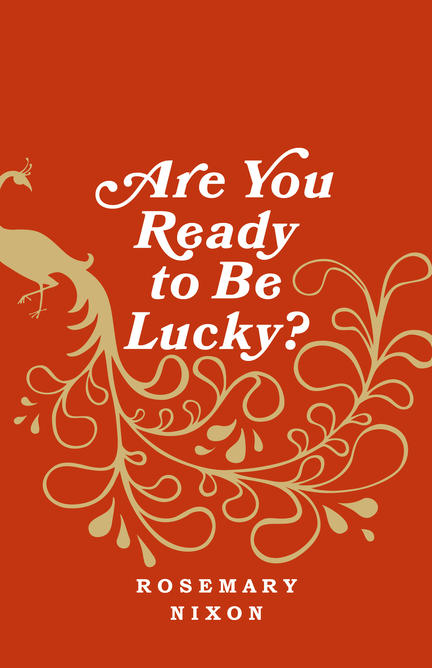 re You Ready to Be Lucky? If so, meet Roslyn, a spirited divorcée eager for new beginnings. Meet Duncan, a British conman with a penchant for collecting ex-wives. Meet Floyd, a hard-living contractor who can fix anyone's house but his own. Irritating, vulnerable, hopeful, they ricochet off one another, trailing a mess of family and friends, all of them trying to beat the odds and find happiness. With razor-sharp wit, Rosemary Nixon takes on the chaos and absurdity of friendship, marriage, divorce, and betrayal—and the heart-pounding, breathtaking, always astonishing complexities of luck and love.

"The characters of Are You Ready to Be Lucky? fumble hopelessly toward what they think they want. They get hurt, and hurt again. But deftly, tenderly, Nixon makes pileups of disappointments shine like broken glass in sand."

"Rosemary Nixon says exactly what needs to be said... Are You Ready to Be Lucky? is a novel that looks like a short story collection and tastes like a volume of haiku."

Other titles by Rosemary Nixon

Are You Ready to Be Lucky”