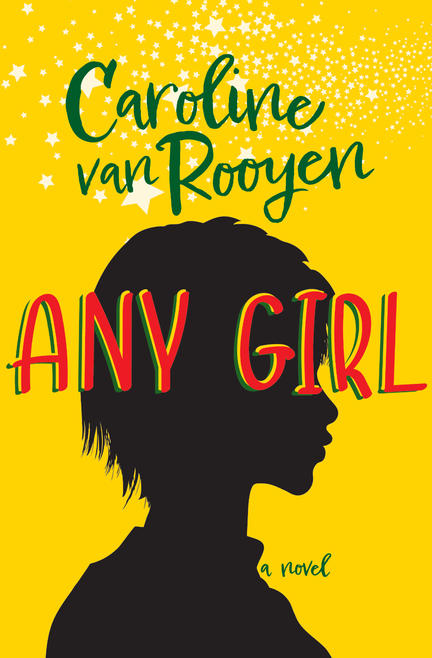 That she can stop a rapist never occurs to July Abraham until she falls over a classmate, Andie, in the gardens at Mark's party. Finding Andie shatters the lie that silenced July. Now she knows this man attacks any girl because he can; people back away from him; bow down to him, even the cops leave him alone.

In the cold of that dark garden, with Andie unconscious in her arms, July resolves to stop him. She does not have wheels, friends, a fortified castle, or an AK-47. She cannot wage war. But she does know what parts of him look like, she can name the boys from her high school in his gang, and, unlike him, she has nothing to lose. If she protects even one more girl, her task will have been worth it.

Caroline van Rooyen was born in Britain and grew up in South Africa. She attended the University of the Witwatersrand in Johannesburg, after which she taught high schools, including a wealthy Johannesburg all-boys private school and an inner-city Pretoria government school. In 1998 she moved to Canada and began her writing career. In 2003 her short story "Heart Space" was short-listed for the CBC Literary Awards, and in 2006, another story, "Across the Edge," reached the Top Ten of the Lichen Arts and Letters Preview, International Fiction Contest. She lives in Beaumont, Alberta.

"Van Rooyen's street-smart, snarky, and keenly observant heroine may or may not be 'Any Girl,' but fifteen-year-old July Abraham's determination to end the terror caused by a serial rapist will assuredly invest all readers in her quest for justice in an uncaring society. This remarkable debut novel is an emotion-packed story of resilience and justice." --Carol L MacKay, author of Lily in the Loft

"Van Rooyen handles a difficult and heart-breakingly common problem with the strength of courage and a genuine voice. A must-read for all teen-aged girls. For all women!" --Diane Stringam Tolley, author of Blessed by a Curse