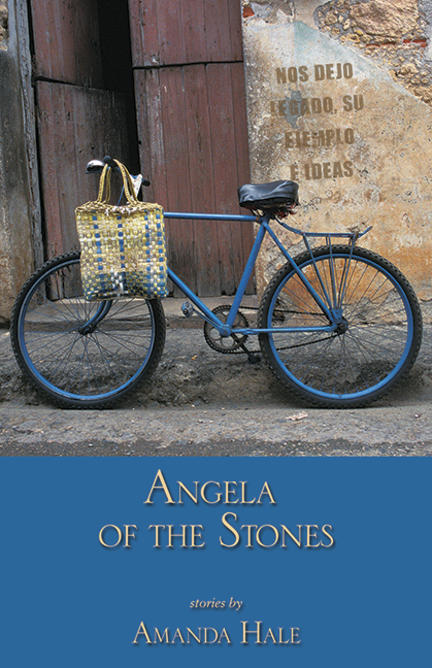 “All of Cuba is a museum now. We live off our old Revolution,” laments Gertrudis, one in a cast of characters teetering on the verge of political change while held in the grip of the past. Cuba is the place where the grandchildren of peasants become consultant surgeons, but also the place where necessity as the mother of invention is put into extreme practise. In Havana, the buildings like the peoples’ dreams, are constantly being restored. But so too in the rural districts, in towns like Baracoa, you will find boisterous people who idolised the Fidel past and continue to mourn his passing while those like Godofredo, born in January 1959 as a victorious Fidel marched into Havana, limps along the streets of Baracoa where he encounters tourists and townspeople while maintaining his anonymity as the peanut vendor. In Amanda Hale’s stories, Cuba comes alive with a gentle humour and through the richly detailed portraits of the families of Baracoa as they struggle with the political changes that are reshaping Cuba.
Meet Daniela who flies from the roof into the arms of her unfaithful husband; Sonia who marvels at the new world of her cell-phone crazy teenagers; Tito, a world away in Miami, who rants about Obama’s handshake with Raúl Castro; and witness a corpse that travels the length of Cuba and back in a nightmare of bureaucracy, all while Ángela huddles for the night on her bench in Parque Central.

Amanda Hale, novelist, poet, dramatist and journalist, has been writing for over 30 years. Of her three novels, Sounding the Blood — which she has recently adapted as a screenplay — was a finalist for the BC Relit Awards and was voted one of the Top Ten novels of 2001 by Toronto's Now Magazine; and The Reddening Path - about a Guatemalan adoptee to Canada - has been translated into Spanish. Hale lives on the BC coast and travels frequently. In the Embrace of the Alligator includes an award-winning story published in Prism International. Hale’s extensive time in Cuba over the past seven years has inspired her to write about the most elusive and fascinating culture she has yet encountered. She writes from the inside, about ordinary Cubans, attempting to untangle the knot of contradictions that is Castro’s Cuba.

Excerpt: Angela of the Stones: Life in the Time of Revolution (by (author) Amanda Hale)

“All of Cuba is a museum now. That’s what the tourists want, to see the relics of our Revolution – the tanks put out to grass behind the Museum of the Revolution in La Habana, the yacht that brought our exiled revolutionaries back from Mexico listing as the tourists file past, peering in the windows, looking for the ghosts of men who died in an ambush trying to reach the place where Celia was waiting with jeeps, guns, gasoline. We live off our old Revolution, but how much longer can it continue? Soon there will be no-one alive who remembers it. I will be 82, Fidel will be 86. My son lives in Miami, my daughter in Spain, two of my grandchildren have gone to Ecuador. My story has lost its meaning and in the annual repetition of it I have lost my true memories.”

It was well after midnight when they arrived on the outskirts of Santiago and began to cruise the streets, asking directions to the nearest hospital. They were sent first to the Provincial Hospital Saturnino Lora, named for one of the heroes of the War of Independence against the Spanish. After many wrong turns they arrived and waited almost an hour before being shunted on to the Hospital Clínico Quirúrgico which dealt with international patients. After another long wait they were informed by the sleepy receptionist that the cadaver must first be registered with a Santiago funeral parlor. Having roused the night watchman of a nearby funeraria and filled out the necessary papers, they returned to Clínico Quirúrgico just as dawn was breaking. Clara was by now numb with exhaustion and readily agreed to have her husband’s remains placed in cold storage while they waited for his insurance money to arrive by Global Excel so that they could proceed with his body to Havana – a journey of at least fifteen hours.

‘Why can’t the autopsy be performed here in Santiago?’ Teo inquired.

The receptionist’s heavily outlined eyelids widened very slightly in her stony face in symphony with the hint of a shrug.

Clara and her brother retreated to their aunt’s house in the suburb of Abel Santa Maria, and there they waited. After three days the insurance money had still not arrived, so Clara made her way back to Baracoa in the safe embrace of her brother.

‘It was Ronald’s last wish to be buried in the cemetery in Baracoa,’ she impressed upon the hospital officials before leaving Santiago. ‘And he wanted to donate his heart to a Cuban,’ she added.

‘Too late for that,’ Teo said.

“The Reddening Path is cleverly structured, with a style that fluctuates between dreamlike poetic imagery and a traditional quest-for-identity narrative … an intriguing look at post-colonial biculturalism set against a moving backdrop of familial love and personal enlightenment.”— Quill & Quire.

“Discovering Amanda Hale is like discovering that there are stars somewhere beyond the reach of city lights and gaudy neon signs . . . a writer who combines the love of the body with the search for the soul in a way that truly evokes the questing spirit of Renaissance Man” —Gillean Chase, Victoria BC blog review of My Sweet Curiosity.

“The integration of the lyrical, factual, and narrative elements, which has been so ambitious in all Hale’s books . . . was thrilling. Pure pleasure to read.” — Amnon Buchbinder review of My Sweet Curiosity

“Written with warmth, compassion and understanding, In the Embrace of the Alligator is one of those rare glimpses into the real Cuba, its people, and its stories.” — Eva Stachniak

“Hale has come to know and understand aspects of Cuban society that tourists in resorts don’t always see, and has used her experiences to create a rewarding collection. Her writing is strong and sensuous.” — Erinna Gilkison, BC Bookworld.

Other titles by Amanda Hale

In the Embrace of the Alligator