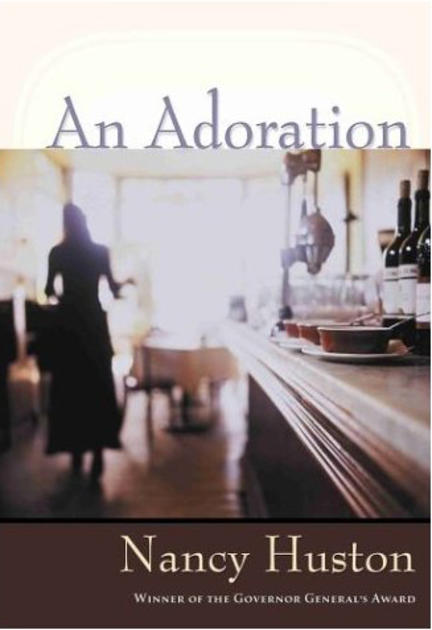 In Nancy Huston’s new novel the charactersparticipate in a legal hearing of a highly singular variety, unfolding outsideof real time and place. They each give testimony in front of a mysteriousmagistrate who turns out to be none other than the reader herself or himself,presenting their respective and often contradictory version of the death—andlife—of a certain Cosmo.

Among the witnesses are a number of deadpeople, the novelist, a Lebanese cedar, a wisteria, a footbridge, and agorgeous Algerian knife (probably the murder weapon). Cosmo is the onlycharacter whose voice is never heard, but his portrait is gradually sketched outand coloured in by the stories and memories of others in his village.

Vivid and original, Nancy Huston’s AnAdoration is a tour de force certain to resonate with fans of Chocolat and Amélie.

Nancy Huston’s books have won the Prix Goncourt des Lyceéns, the Prix Elle (Quebec) and the Governor General’s Award. Her novel, The Mark of the Angel, was an international bestseller, which won the Grand Prix des Lectrices de Elle, the Canadian Jewish Fiction Book Award, the Torgi Award and was shortlisted for the Giller Prize. Fault Lines won the Prix Femina in 2006. Nancy Huston lives in Paris with her husband, the writer Tzvetan Todorov, and their two children.

Other titles by Nancy Huston

A Short Study of Humankind

Musings on Land, Tongue and Self