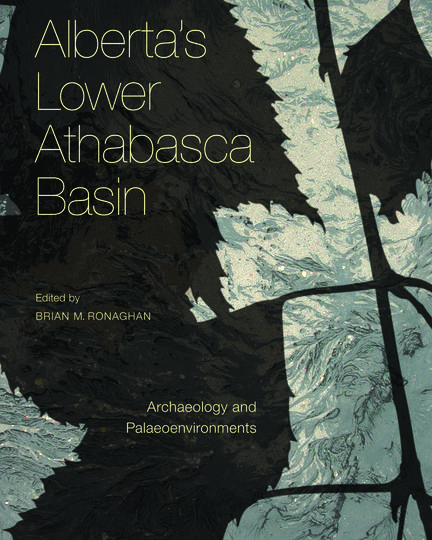 Over the past two decades, the oil sands region of northeastern Alberta has been the site of unprecedented levels of development. Alberta's Lower Athabasca Basin tells a fascinating story of how a catastrophic ice age flood left behind a unique landscape in the Lower Athabasca Basin, one that made deposits of bitumen available for surface mining. Less well known is the discovery that this flood also produced an environment that supported perhaps the most intensive use of boreal forest resources by prehistoric Native people yet recognized in Canada. Studies undertaken to meet the conservation requirements of the Alberta Historical Resources Act have yielded a rich and varied record of prehistoric habitation and activity in the oil sands area. Evidence from between 9,500 and 5,000 years ago—the result of several major excavations—has confirmed extensive human use of the region's resources, while important contextual information provided by key ecological and palaeoenvironmental studies has deepened our understanding of how the region's early inhabitants interacted with the landscape.

Touching on various elements of this rich environmental and archaeological record, the contributors to this volume use the evidence gained through research and compliance studies to offer new insights into human and natural history. They also examine the challenges of managing this irreplaceable heritage resource in the face of ongoing development.

For more than twenty years Brian Ronaghan has served in a research and regulatory compliance role with the Government of Alberta. He currently directs a team responsible for overseeing archaeological studies in Alberta.

Alwynne B. Beaudoin is head curator of Earth Sciences and curator of Quarternary Environments at the Royal Alberta Museum, in Edmonton.

Janet Blakey is an assistant project archaeologist with Lifeways of Canada, based in Calgary.

Luc Bouchet holds an MA in archaeology from the University of Calgary, where he adopted a palaeoenvironmental approach to the role of climate in human adaptation to the landscape.

James A. Burns is curator emeritus of Quarternary Palaeontology at the Royal Alberta Museum, in Edmonton.

Grant M. Clarke is an Aboriginal consultation advisor with the Historic Resources Management Branch of Alberta Culture and Tourism.

Timothy G. Fisher is professor in and chair of the Department of Environmental Sciences at the University of Toledo.

Duane G. Froese is a professor in the Department of Earth and Atmospheric Sciences at the University of Alberta, where he is also Canada Research Chair in Northern Environmental Change.

Eugene M. Gryba is a Calgary-based archaeological consultant. His research interests include the Fluted Point Tradition and microblade technology.

John W. (Jack) Ives is currently the Faculty of Arts Landrex Distinguished Professor in the Department of Anthropology at the University of Alberta and the executive director of the Institute of Prairie Archaeology.

Murray Lobb is a senior archaeologist with Amec Foster Wheeler Environment and Infrastructure, in Calgary.

Thomas V. Lowell is a professor in the Department of Geology at the University of Cincinnati.

Brian O. K. Reeves is the founder and former president of Lifeways of Canada Ltd., Alberta's first archaeological consulting firm, established in 1973, and professor emeritus of archaeology at the University of Calgary.

Elizabeth Robertson is an assistant professor in the Department of Archaeology and Anthropology at the University of Saskatchewan. She has worked on archaeological research projects in Canada, Pakistan, Honduras, and Mozambique.

Laura Roskowski is a senior archaeologist at Stantec Consulting Ltd., in Calgary.

Nancy Saxberg is a senior archaeologist with Amec Foster Wheeler Environment and Infrastructure, based in Calgary.

Stephen A. Wolfe is a research scientist with the Geological Survey of Canada, at Natural Resources Canada, and an adjunct professor at Carleton University, in Ottawa.

Robin J. Woywitka is a cultural land use analyst at the Alberta Archaeological Survey, in Edmonton, where his main focus is the use of geospatial technology in cultural resrouce management.

Robert R. Young is an associate professor in the Department of Earth and Environmental Sciences at the University of British Columbia's Okanagan Campus.

Angela M. Younie has worked as a professional archaeologist in Alberta, Yukon Territory, Alaska, and California for more than a decade and is currently a senior archaeologist at Far Western Anthropological Research Group, Inc., based in Davis, California.

“Numerous scholars authored more than a dozen intensely focused papers, but the volume's introduction and organization—as well as limited but effective repetition of parts of the overall narrative in individual papers—ensure that a cogent story emerges out of a wide-ranging discussion of events spanning 10,000 years. [...] An example of the excellent topical publishing tradition apparent in Canadian universities. This volume may appeal to an overwhelmingly academic audience that is mostly resident in North America, but it will certainly do so for decades to come.”

Other titles by Eugene M. Gryba

Tools of the Trade

Other titles by John W. Ives

We Are Coming Home

Repatriation and the Restoration of Blackfoot Cultural Confidence

Other titles by Brian O.K. Reeves

Other titles by Elizabeth C. Robertson

Space and Spatial Analysis in Archaeology