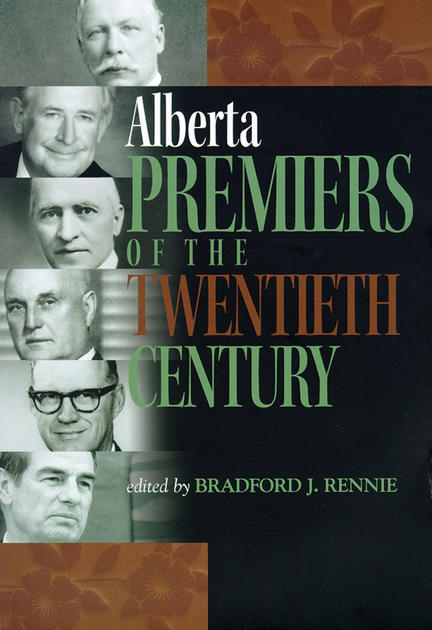 From the optimism associated with provincial status in 1905, through the trials of Depression and war, the boom times of the post-war period, and the economic vagaries of the 1980s and the 1990s, the twentieth century was a time of growth and hardship, development and change, for Alberta and its people. And during the century, twelve men, from a variety of political parties and from very different backgrounds, led the government of this province.

The names of some--like William Aberhart, Ernest Manning, and Peter Lougheed--are still household names, while others--like Arthur Sifton, Herbert Greenfield and Richard Reid--have been all but forgotten. Yet each in his unique way, for better or for worse, helped to mould and steer the destiny of the province he governed. These are their stories.

Other titles by Bradford J. Rennie