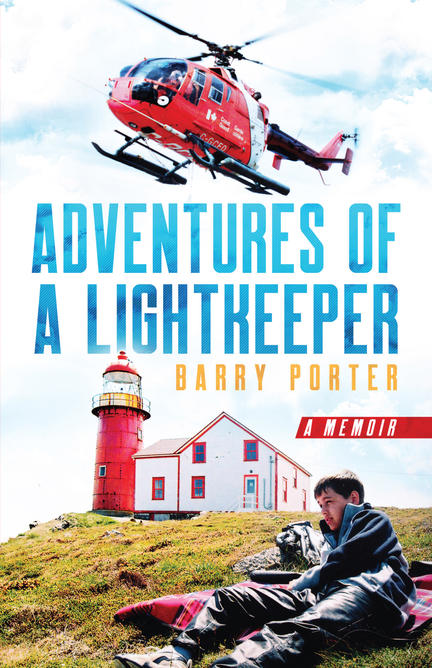 A lightkeeper was on watch.

For twenty-three years, Barry Porter worked as a lighthouse keeper with the Canadian Coast Guard on the northeast coast of Newfoundland and Labrador. His adventures began at Surgeon’s Cove Head Lighthouse, which guided shipping to and from the busy ports of Botwood and Lewisporte. Barry also worked at the historic Long Point Lighthouse on Twillingate Island. He was the last lightkeeper to live in this majestic 146-year-old dwelling while working there. There, he observed some of the most dedicated hunters and fishermen in the world.

Barry had many close encounters with Arctic foxes, hungry polar bears, snowy owls, humpback whales, and towering icebergs. His journals describe the isolation, the history of the lighthouses, the hardy pioneers who first kept the light, marine rescues, near misses, and vicious storms. Completing this lightkeeper’s tale are memories of the Canadian Coast Guard ships he worked alongside—including the Sir Wilfred Grenfell, Sir John Franklin, Sir Humphrey Gilbert, and Ann Harvey —the helicopters and technicians, rescues Barry performed while off-duty, and his efforts to rehabilitate a paralyzed beagle that lived with him at one of the lighthouses.

Barry Porter worked as a lighthouse keeper on the northeast coast of Newfoundland with the Canadian Coast Guard for twenty-three years. He was born in the small farming community of Porterville. Barry attended a one-room school (no electricity or plumbing) with ten students from kindergarten to grade five. Later, he was bused to Lewisporte for school and attended vocational school there.Over the years, he worked in several professions, as a welder, a photographer, a lightkeeper, and later the curator/manager of the By the Bay Museum in Lewisporte. He obtained a certificate in basic museum studies while working at the museum. Barry lived in Western Canada for two years and has travelled throughout North America and Europe but never lost his pride in his home province, his hometown, and their rich history. He volunteered on many local committees, including heritage and economic development, and served ten years on the board of the Lewisporte Memorial Public Library.An avid outdoorsman, Barry enjoys boating, kayaking, snowmobiling, motorcycling, swimming, and quiet walks in the fresh air. Barry is a proud father of two children and resides in beautiful downtown Porterville with his wife, Alice, and his sweet beagle, Lucy.