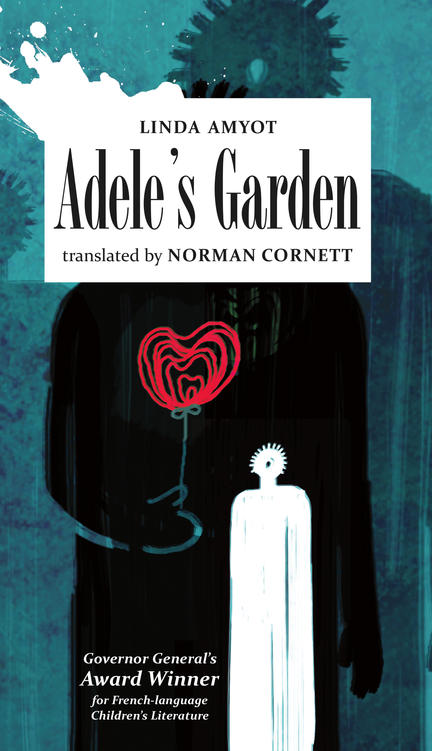 The Governor General Award Winner for French-language Children's Literature. Translated from the French by Norman Cornett.

A teenage girl befriends an elderly woman in this beautifully written tale of two women from different generations searching for love and truth.

Wistful and profoundly intimate, Adele's Garden follows the friendship between a young woman, Elaine, and Adele, who is old enough to be Elaine's grandmother. Adele lives in an elegant old house with a beautiful garden. After a chance encounter when Adele's red hat blows in the wind and lands at Elaine's feet, the two women form an immediate affinity for one another.

During a series of regular visits, Elaine tells Adele about her family, friends and particularly about the boy at school on whom she has a crush. Elaine's confusion about the appearance of love in her life sparks Adele to reflect on the one great love of her life, bringing Adele and Elaine closer in ways neither expected. Their lives entwine, one discovering love for the first time, the other reflecting on the one true love of her life.

Bridging the gap between generations, Linda Amyot's Adele's Garden is sublime - a poetic, resonating look at the strength of women and the power of love.

Linda Amyot is an award-winning Canadian writer living in the Lanaudière region of Quebec. The original French version of Adele’s Garden, Le jardin d’Amsterdam was awarded the Governor General’s Award for French-language children’s literature in 2014. Amyot received the Prix à la creation artistique awarded by the Conseil des arts et des letters du Québec in 2011. She works as an editor and as a writer of television documentaries and of audiovisual presentations for businesses.

Other titles by Norman Cornett

158 Fragments of a Francis Bacon Exploded