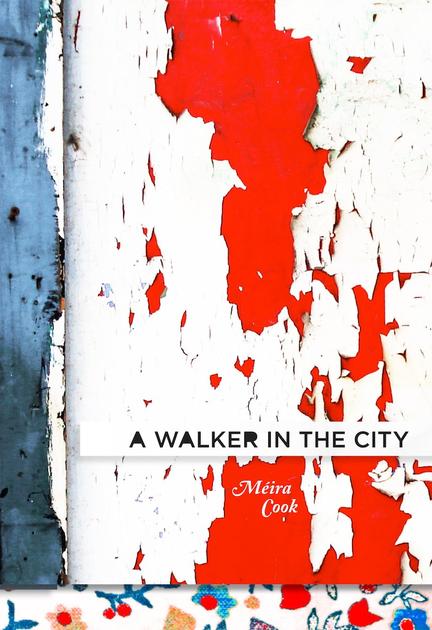 Shortlisted for the 2012 Aqua Lansdowne Prize for Poetry

A fascinating, ambling, loitering mystery story in verse, a whoizzit rather than a whodunit.

In this innovative and arresting narrative poem, Méira Cook's walker, a young woman, is a character being written by an "old city poet," who is in turn being written by another poet, for whom the young woman, "Ms. Em Cook," has been an amanuensis. Always witty and often hilarious, feather-light in touch, the book is an entertaining exploration of serious issues: youth and age; life, death and rebirth; the (dis)connection of language and reality; tradition and the now. It is an assemblage of seven nesting sections, each of them a sort of chapbook speaking to each of the others and rounding out a long poem of great freshness. A Walker in the City is one of a kind, one of the most original books Brick has ever published.

Méira Cook is the award-winning author of the novels The House on Sugarbush Road, which won the McNally Robinson Book of the Year Award, and Nightwatching, which won the Margaret Laurence Award for Fiction. She has also published five poetry collections, most recently Monologue Dogs, which was shortlisted for the 2016 Lansdowne Prize for Poetry and for the 2016 McNally Robinson Book of the Year Award. She won the CBC Poetry Prize in 2007 and the inaugural Walrus Poetry Prize in 2012. In 2011 she served as Writer in Residence at the University of Manitoba’s Centre for Creative Writing and Oral Culture, and was the 2013–14 Writer in Residence at the Winnipeg Public Library. Born and raised in Johannesburg, South Africa, she now lives in Winnipeg.

Other titles by Meira Cook

Once More with Feeling

The House on Sugarbush Road

The Poetry of Don McKay

Toward a Catalogue of Falling