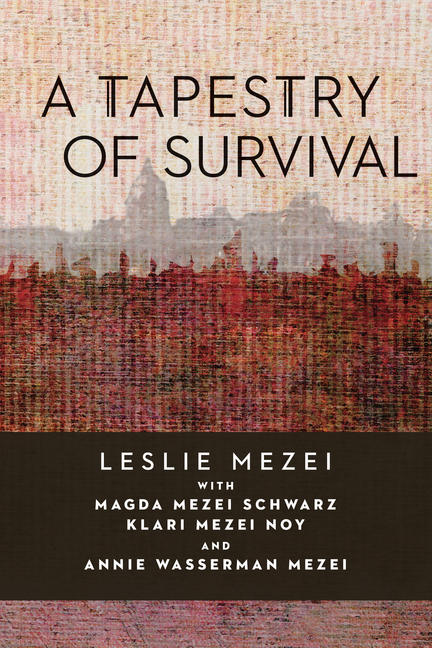 Twelve-year-old Leslie Mezei, a lively, curious boy, doesn’t realize how precarious his life is as a Jew in German-occupied Hungary in 1944. His older sister Magda, aware of the growing danger from Nazis and Hungarian fascists, takes charge and bravely tries to direct the family’s survival, while his sister Klari, tough and determined, faces a brutal ordeal of her own. Confronting deportation, concentration camps and the constant threat of capture, the Mezei siblings carefully navigate the treacherous landscape of wartime Hungary. After the war, the family reunites briefly before setting out in different directions to start new lives, and in Montreal, Leslie meets his wife, Annie, who has a survival story of her own. In A Tapestry of Survival the voices of Leslie, Magda, Klari and Annie are woven together to reveal a larger tale of courage, resilience and the search for healing.

Leslie Mezei was born in 1931, in Gödöllo, Hungary. In 1948 Leslie arrived in Canada, where he furthered his education and became a professor of computer science at the University of Toronto. An early pioneer in the field of computer art, Leslie also developed two new graphic programming languages. Leslie lives in Toronto, where he is very involved in an interfaith and interspiritual movement.