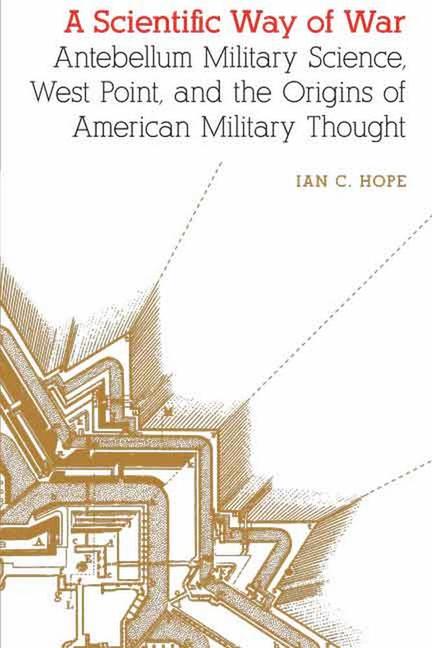 Ian C. Hope formerly taught at the U.S. Army War College, the Royal Military College of Canada, and the NATO Defense College in Rome. He is currently the senior NATO historian at Supreme Headquarters Allied Powers Europe in Mons, Belgium. Hope is the author of Dancing with the Dushman: Command Imperatives for the Counter-Insurgency Fight in Afghanistan and Unity of Command in Afghanistan: A Forsaken Principle of War and of numerous chapters and articles.

"A well-researched and well-written contribution to the early development of American military thought. Readers who are interested in West Point and the essential role that its graduates played in both the Mexican and Civil Wars will find the book to be especially interesting."—Roger Cunningham, Journal of America's Military Past

“A detailed, thoughtful, and provocative explanation of the evolution of the U.S. Army’s understanding of military science and why this scientific view of war was so important in the nation’s military history and to the conduct of the Civil War.”—Brian McAllister Linn, Ralph R. Thomas Professor in Liberal Arts at Texas A&M University and author of The Echo of Battle: The Army’s Way of War

"This book is remarkably researched and cogently written, and it will make itself invaluable in the understanding of both the antebellum army and its officers' education."—Bradford Wineman, Journal of Southern History

"Hope has written a book that will stand the test of time as the definitive treatise of the development of a professional American army."—Robert Grandchamp, Blue & Gray Magazine

"Highly recommended to any reader interested in the early development of the U.S. army."—Civil War Books and Authors

"In A Scientific Way of War: Antebellum Military Science, West Point, and the Origins of American Military Thought, Hope demonstrates that the science of military thought and theory during this period was about much more than simply preparing for and waging continental war."—Andrew J. Ziebell, Army History

“[Ian Hope’s] keen insights and original interpretations come through clearly in his new book, A Scientific Way of War. His penetrating analyses revolutionize our understanding of American military thinking in the antebellum era. This book is required reading for anyone who would understand generalship and high command in the American Civil War.”—Richard J. Sommers, senior historian emeritus, U.S. Army Heritage and Education Center, U.S. Army War College

“Truly original. . . . No other scholar has so successfully explained what Americans understood by the phrase ‘military science’ as taught—and modified over time—at West Point, and how that doctrine related to the nation’s geographic position, quest for internal development, and preparation for and perceptions of war.”—Peter Maslowski, professor emeritus of history at the University of Nebraska–Lincoln and author of Looking for a Hero: Joe Ronnie Hooper and the Vietnam War

"A Scientific Way of War will appeal to both professionals and lay persons with a serious interest in the US Army, its premier professional Academy, nineteenth-century American defense policy, the nature of a particular national approach to military theory and doctrine, and the professionalization of the American armed forces."—Richard Swain, Michigan War Studies Review