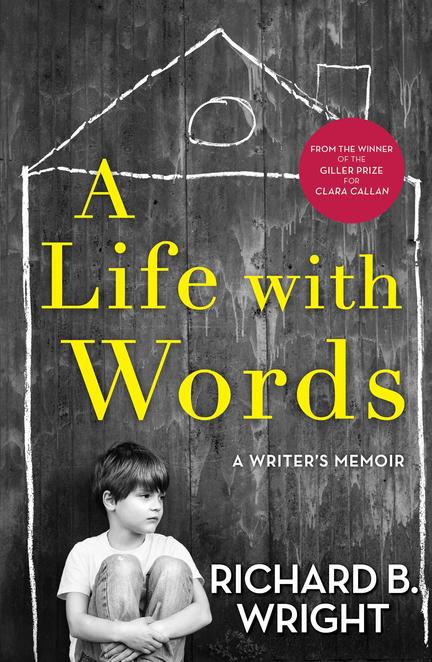 From the acclaimed writer of the beloved Clara Callan comes a beautifully crafted, charming portrait of the writing life. Combining his characteristic wit and self-deprecation with his extraordinary imagination and insight, Richard B. Wright has created a deeply affecting memoir that reads like a novel.

As a small, watchful boy growing up in a working class family in Midland, Ontario, during the Second World War, Wright gradually discovered that he saw the world through different eyes. His intellectual and sexual awakenings, his exploits as a young salesman in Canadian publishing, his painful struggles to become a writer—all of this is balanced against the extraordinary reception that in the 1970s greeted his first novel, The Weekend Man, which was published around the world to great acclaim. In spite of the sometimes crippling depression that haunted him and the ups and downs of the mid-life writer, he would finally achieve overwhelming success with Clara Callan, the Giller-winning work that swept every award in Canada and revitalized his career.
Lovers of Wright’s work will appreciate behind-the-scenes glimpses of his craft in individual novels and his exploration of how a writer transmutes experience into art. And readers will enjoy his thoughtful exploration of the essential role of storytelling in our lives. A Life with Words is both a celebration of the writing life and a deeply personal—at times revelatory—invitation into the world of the imagination.

Richard Wright was born in Vancouver in 1940 and is one of BC's foremost outdoors writers. He left the Vancouver Fire Department in 1970 to produce and direct CBC films, work for BC's Department of Recreation and Conservation, pursue freelance writing and photography, and begin a river rafting company. He has co-authored many guidebooks with Rochelle Wright and three histories. Richard has taken two treks with camels in the Cariboo, reconstructing the Cariboo Camel myth for a segment on National Geographic Today. He lives on Pioneer Ranch near Williams Lake, BC.

“A remarkable life told remarkably well. Wright, an excellent novelist, proves to be an excellent memoirist as well. A Life with Words is a moving, highly original and deeply absorbing story.” -Robert Fulford, journalist, editor and essayist
PRAISE FOR RICHARD B. WRIGHT
“Wonderfully subtle . . . inexpressibly precious.” -The Globe and Mail

“A writer of insatiable curiosity and intelligence . . . A total delight to read.” -Toronto Star

“Wright is one of Canada’s greatest fiction writers.” –The Globe and Mail
“Wright is such a lovely writer; his story unfolds and before you know it you’re hooked.” -The Vancouver Sun

“Richard B. Wright is a master storyteller.” -The Ottawa Citizen

Other titles by Richard Wright

Castles in the Air

In a Strange Land