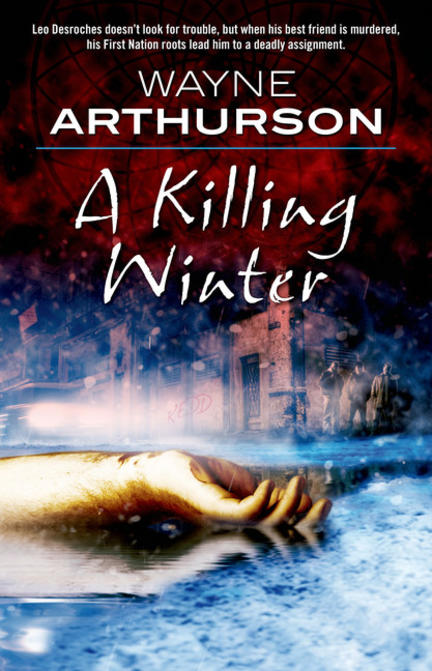 Leo, working undercover for a series of articles about the homeless of Edmonton, has his hands full. In his personal life, he's trying to reconnect with his estranged son while fighting his urge to gamble. And at the newspaper, he is consumed by a story that turns into a personal crusade: a search for a missing Native street kid he's befriended.

When the boy is found brutally murdered, Leo realizes that in order to tell the victim's story and bring him justice, he has to plumb the depths of First Nations street culture in the local gang to which he belonged. But as Leo delves deeper into the gang and the inner workings of tribal politics, secrets emerge that threaten not only the survival of the tribe, but also Leo's sanity…and his life.

Wayne is also the author of several history books and the co-author of the most popular fanblog for Amazing Race Canada, Gord and Wayne's Amazing Race Canada. He is a husband and father, and he drums in a band which is as yet unnamed, in Edmonton, Alberta.

“So much is good here: an understanding of the pleasures as well as the horrors of addictions; descriptions of the Canadian cold that send one seeking a radiator; masterful action scenes. Give it a chance, delight in its successes, and wait for Arthurson's next one.” —Booklist

“A Killing Winter is a must-read. Watch closely: This is a series with magnetic drawing power.” —Hamilton (Ontario) Spectator

“It's about time someone set a kick-ass crime novel in Edmonton.” —Giles Blunt, bestselling author of the late John Cardinal mysteries, on Fall from Grace

“A genre-bender, its twists all the more startling for being unexpected.” —Booklist on Fall from Grace

“Wise and compassionate, vivid and witty, Leo is the kind of character you feel you've known a long time, and Wayne Arthurson is a writer to watch. What a great read. I couldn't put it down.” —Sparkle Hayter, bestselling author of the Robin Hudson mysteries, on Fall from Grace

Other titles by Wayne Arthurson

The Traitors of Camp 133

Writing the First Draft of History

In the Shadow of Our Ancestors

The Inventions and Genius of the First Peoples