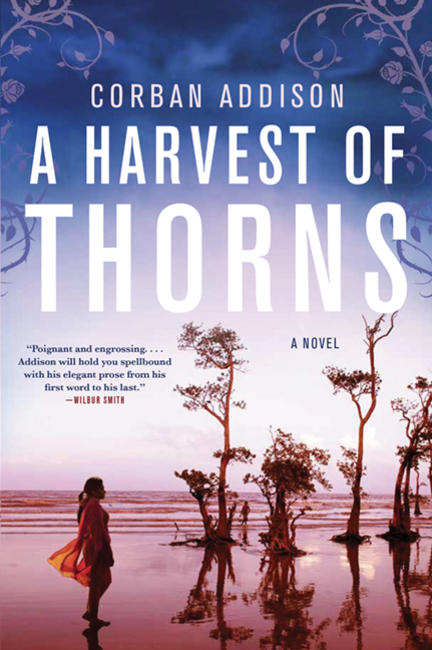 Bestselling author Corban Addison returns with another tale ripped straight from the headlines, intertwining unforgettable characters and gripping action with the global labour issues of sweatshops and workers’ rights

A beloved American corporation with an explosive secret.

A corporate executive with nothing left to lose.

In Dhaka, Bangladesh, a garment factory burns to the ground, claiming the lives of hundreds of workers. Amid the rubble, a bystander captures a heart-stopping photograph—a teenage girl lying in the dirt, her body broken by a multi-storey fall, and over her mouth a mask bearing the label of one of America’s largest retailers, Presto Omnishops Corporation.

Eight thousand miles away, at Presto’s headquarters in Virginia, Cameron Alexander, the company’s long-time general counsel, watches the media coverage of the fire in horror, wondering if the damage can be contained. When the photo goes viral, fanning the flames of a decades-old controversy about sweatshops, labour rights and the ethics of globalization, he launches an investigation into the disaster that will reach further than he could ever imagine—and threaten everything he has left in the world.

A year later, in Washington, DC, disgraced former journalist Joshua Griswold receives an anonymous summons from a corporate whistleblower who offers him confidential information about Presto and the fire. Deploying his old journalistic skills, Griswold builds a historic case against Presto, setting the stage for a war in the courtroom and in the media that he is determined to win—both to salvage his reputation and to provoke a revolution of conscience in Presto’s boardroom that could transform the fashion industry across the globe.

Publishers Weekly praises Addison for “his broad, intelligent research . . . [and] trumpeting justice while acknowledging that the cost of a globalized society is incalculably higher than the price of a T-shirt.”

Corban Addison is the author of two international bestselling novels, A Walk Across The Sun and The Garden of Burning Sand, which together have been published in over twenty countries. His third novel, The Tears of Dark Water, was released in the fall of 2015. An attorney, activist and world traveller, he is a supporter of human rights and social justice causes around the world. He lives with his wife and children in Virginia.

“A must-read book that uncovers what lies behind what we wear every single day. You will never be able to look at your clothes the same way again.”

“The conclusions [the characters] reach about the importance of forgiveness and the need for cross-cultural understanding could not be more timely. A fast-paced thriller that puts its humanitarian moral at the forefront.”

“Poignant and engrossing. . . . Corban Addison will hold you spellbound with his elegant prose from his first word to his last.”

“[A] timely and harrowing thriller.”

“An exquisitely worded, thoughtful novel about the meaning of family, commitment, and love.... Definitely a book to be savored.”

“Through his broad, intelligent research and insightful writing, Addison prods the conscience, trumpeting justice while acknowledging that the cost of a globalized society is incalculably higher than the price of a T-shirt.”

“Addison crafts a stunning legal thriller that will immerse readers in its South Asian setting and fascinating characters. Its focus on workers’ rights and social justice is also bound to have crossover appeal.”

Other titles by Corban Addison

The Garden of Burning Sand

The Tears Of Dark Water

A Walk Across The Sun

Walk Across The Sun