Book recommendations by the author of new memoir of grief and travel, The Suitcase and the Jar.

The Suitcase and the Jar is Becky Livingston's memoir of a journey through grief, and across the world. In this recommended reading list, she shares other books that highlight themes in her memoir.

I’ve always loved geography. “See the world,” said my father, “it’s the best education you can get.” By nine years old I’d figured out that a love of travel would be a guarantee of his love. When we were 17, my best friend and I bought our £55 Inter Rail tickets and off we went to see the sights of Europe. In the years that followed: a month touring Switzerland; a summer in the Catskills as a camp counselor; a year in Massachusetts studying for my Masters; a year’s teaching exchange in Queensland. You get the idea.

My oldest daughter Rachel shared my travel bug. At 18, two months after her radiation treatment ended, she was given the all clear from her team of doctors and off she went to New Zealand, alone, for five months. At twenty: two months in Europe. She was happiest traveling.

Five years on, her brain tumour came back. In her final days, Rachel’s father asked her, “How about your mum and I take your ashes whenever we go traveling?”

Adventure and travel often trump the bedrock reality of the daily grind, seducing us into feeling more alive. It’s why we love telling stories about our travels: imagined, or fresh upon our return.

What’s not talked about much, or at least with any enthusiasm, is the topic of endings, of letting go of who and what we love. Who wants to think about mortality? It’s morbid. It’s a downer. And life, we’re told, is meant to be happy. Right?

But the words of the dying carry special weight. Especially when your 23-year-old daughter speaks them.

In 2011, 18 months after Rachel died, I quit my teaching job and headed off overseas. For 26 months I traveled—untethered and alone—to Italy, Spain, Switzerland, Australia, India, England, Ireland and North America, coast to coast. In my suitcase were Rachel’s ashes, heavy but compact. You can only take her if you’re willing to let her go.

The books I’m sharing all touch on themes in my memoir: endings, courage, uncertainty, and surrender.

Breathing the Page: Reading the Act of Writing, by Betsy Warland

For years I was someone who did a spectacular job of assuming she had a handle on everything (and everyone). Life events proved me wrong in epic style. The death of my daughter came on the heels of the death of my fiancé. (Ten days after we got engaged he too, was diagnosed with a brain tumour and died six months later.)

“Sometimes God will tap you with a feather,” writes Suzan Lori-Parks, “and if the feather doesn’t work, he or she will hit you with a baseball bat.”

Yeah, that was me. I can laugh about it now.

After my travels ended I began writing a memoir about the journey. Breathing the Page was a book I turned to time and again. My “go where the wind takes you” approach to traveling had been exactly what I needed at the time, but writing a manuscript, suddenly, I wanted to be back in control. Wasn’t that the requirement of an author? Apparently not. “The narrative is always the one in charge,” says Betsy.

The Mourner’s Dance, by Katherine Ashenburg

I snatched up because “dance” was in the title and I knew she was onto something. Joy, perhaps? “Grief can mutate seamlessly into fierce energy,” says Ashenburg. “But always, the demands of the living take precedence over the dead.” The book contains a wealth of research on cultural, historical, and gender-biased influences on how we grieve.

To the Mountains by Morning, by Diana Wieler

To the Mountains by Morning is a book I read to every class of students I ever taught, always with a lump in my throat. (No household with children should be without it.) Bailey, an old horse at the Rocky Mountain stables knows her time is limited, that she’ll be ‘leaving’ to make space for the new, younger horses, like Stocking. It is the courage in which Bailey meets her fate, jumping a fence to freedom, which makes the heart soar.

The Long Hello, by Cathie Borrie

The Long Hello is all love. Caring for her mother who was living with Alzheimer’s disease, Cathie Borrie writes a wonderfully poetic dialogue about the profound intimacy that flourished between them during the seven years leading to her mother’s death.

Nocturne, a memoir by Helen Humphreys, I read in a day. She writes to her dead brother as if they were still together, in conversation, right up to the heartbreaking decision she must make on his behalf. It is a stunning read, beautifully rendered in simple, honest language.

This Changes Everything, by Naomi Klein

I listened to This Changes Everything as an audiobook in the days before my first grandchild was born. At a time of such joyful anticipation I found it rather depressing. Klein details the dire state of global warming and the very small window available to turn things around. What world would my grandchild be living in? How had my actions contributed to the problem and did I have the courage to change them, to ensure a better world for her and the generations to come?

About The Suitcase and the Jar:

What if grief renders you homeless?

In 2010 a brain tumour took the life of Becky Livingston's daughter, Rachel. Twenty-three years old and an avid traveller, it was her dying wish to keep traveling.

Eighteen months later, still reeling from her loss, Livingston sets off overseas, alone, untethered, and determined to continue her daughter's journey. She felt certain that seeing the world through Rachel's eyes would bring her some peace.

In her suitcase—Rachel's ashes, heavy but compact, travelled with her. With no agenda or timeline, Livingston travelled the world for twenty-six months—Italy, Ireland, Switzerland, Spain, Australia, India, England, Ireland and North America-leaving her daughter's ashes wherever she went. It was a ritual. Merging her daughter's soul with the elements, Livingston gradually finds points of belonging for them both.

The Suitcase and the Jar explores an intensely personal yet universal experience; how one navigates the terrain of sorrow. It is a story of a mother's transformative journey through grief; a story of surrender, dislocation and belonging that will speak to anyone who has ever lost someone they love. 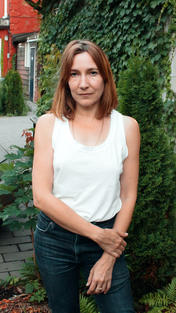 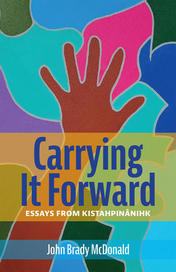