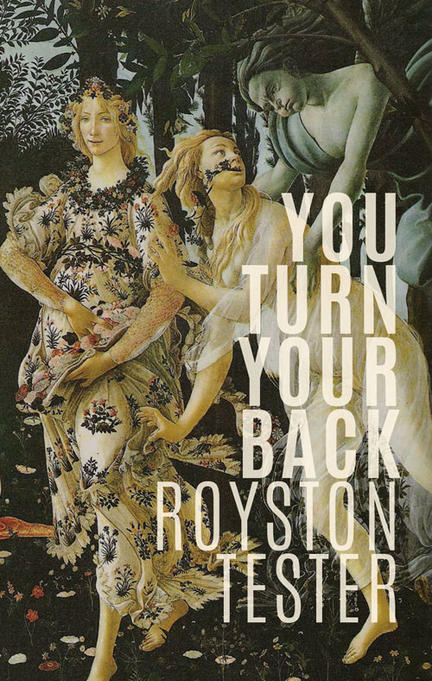 In settings as varied as industrial England, the Syrian desert, urban Morocco, rural “expat” Spain, Canada’s West coast, and the China–Vietnam border, Royston Tester explores the very human struggles of people caught between cultures, social classes, lovers, family members, and sexualities. In “Dotty,” a young Canadian woman on a work-stay program in a Cornish village tries to make sense of her affair with an Italian factory owner. In “Who Knows Where,” two Canadian daughters grapple with their drug-addled mother whose lovemaking is haunted by the ghost of a stillborn baby. In “Face,” a lovesick Chinese Canadian student lays down the law to his ambitious father over a dinner of monkey brains. In unforgettable, stripped-down prose, the stories in this book observe, with an unflinching eye, those who dare to take steps further.

Royston Tester grew up in Birmingham, the English Midlands. Before emigrating to Canada in 1978, he spent time in London, Barcelona, and Melbourne. A Canadian citizen, he is a fellow of the Hawthornden writer” retreat in Scotland, the Valparaiso Foundation in Spain and is a frequent Leighton Studio artist-resident at the Banff Centre for the Arts, Alberta. He was educated in English and European Literature at Essex University in the UK and in Modern British Literature at McMaster University in Hamilton, Ontario. He has published short fiction in numerous Canadian literary journals, including Descant, the New Quarterly, the Antigonish Review and the Malahat Review; his work has been anthologized in Rip-Rap and Intersections (Banff Centre Press) and the Quickies series (Arsenal Pulp Press); in 2003 he was shortlisted for Pagitica?s International Literary Competition. In the US his stories have appeared in online publications such as Blithe House Quarterly, Lodestar, and the anthology Everything I Have Is Blue (Suspect Thoughts Press); in 2002 he was a finalist in the US New Century Writer Awards. Currently working on a novel, Heather's Masterpiece, Tester lives in the Little Italy area of Toronto.

"Royston Tester's latest short story collection, You Turn Your Back, is a vigorous and daring exploration of the limits of form and character. It is a demanding work . . . It is also a work that rewards." —Kerri Lu, Cha: An Asian Literary Journal

Other titles by Royston Tester

Canadians on the 2015 O'Connor Longlist