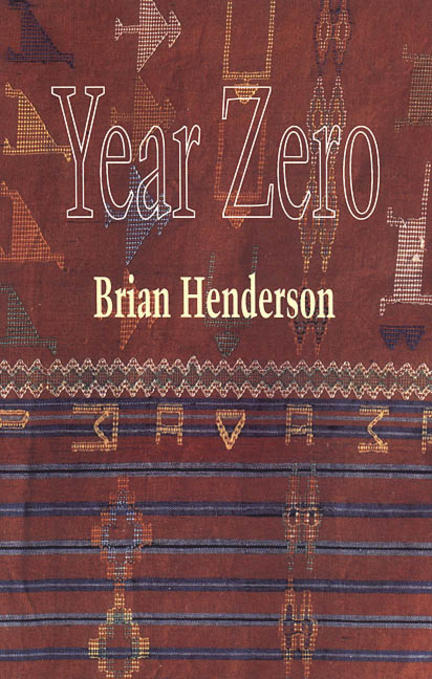 Year Zero is the time of hushed beginnings and endings, the place of naming and unnaming, where language, strange to itself, tiptoes along songlines as though following passages of Koto music. In Brian Henderson's poetry, poised and listening on this hinge of creativity, ontological wonder is informed by awareness of the paradoxes at the heart of language, that language wants you for itself, and that what is named, falls. Whether focusing on the dying of a parent or fellow poet, or on the coming-to-be of a child, this poetry is alive with the truth that "The dead burn through us/ the not yet born."

"What a wonderful book this is! Henderson tells the old story how dear ones die, and new lives come to be. In a world that's dense, opaque, yet lit with random hints of something being uttered. The result is a marvel of passionate, glancing eloquence. I wanted it never to end." --Dennis Lee

Brian Henderson has been a Governor General's Award finalist (Nerve Language, Pedlar Press, 2007) and a finalist for the CAA Chalmers Award for Poetry (Sharawadji, Brick Books, 2011). He is the author of eleven previous volumes of poetry, including The Alphamiricon (a deck of visual poem cards) and [OR] (Talonbooks, 2014). Former director of WLU Press, he is now co-editor of the Laurier Poetry Series, and lives with his wife, Charlene Winger, in Grey Highlands, Ontario.

Other titles by Brian Henderson