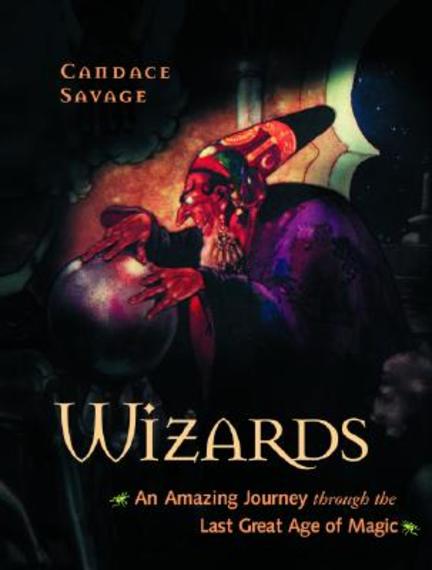 This book takes readers back to the 17th century, when magic was part of everyday life. Wizards begins in 1655 with 12-year-old Isaac Newton serving as apprentice to an apothecary. He learns to mix healing potions and marvels at the secret powers of nutmeg and dried newts. In this atmosphere of magic and mystery, the determined schoolboy sets out to master the hidden powers that make the universe work.

Author Candace Savage describes natural magic, divination, astrology, alchemy, and the dark arts. She also explains how magic and science were interconnected during that era, and how most people saw no distinction between them.

The wizards' quest to unlock the secrets of the hidden world leads some, including Newton, into the realm of mathematics and science. These pioneers develop mathematical formulas and calculate the effects of gravity, among other scientific accomplishments. As the book ends in 1693, Newton, now famous for his laws of gravity and thermodynamics, has helped lead the Scientific Revolution.

Candace Savage is the author of numerous internationally acclaimed books on subjects ranging from natural history and science to popular culture. She is the author of the best-selling natural history titles Bird Brains: The Intelligence of Crows, Ravens, Magpies and Jays and Prairie: A Natural History, for which she won two Saskatchewan Book Awards and a Gold Medal from ForeWord Magazine in 2004. She is also a frequent contributor to numerous periodicals, including Canadian Geographic. She lives in Saskatoon, SK.

"She delivers a blessedly coherent account of the various branches of magic, superstition, science and alchemy ...placing the magic of current epic fantazy in the context of reality."

Other titles by Candace Savage

A Natural History of the Heart of North America Tagline: Revised Edition

Strangers in the House

A Prairie Story of Bigotry and Belonging

The Intelligence of Crows, Ravens, Magpies, and Jays

Best Places to Bird in the Prairies

A Geography of Blood

Unearthing Memory from a Prairie Landscape

One Woman's Exploration of the Natural World

Encounters with the Wise Guys of the Avian World

The Wild Ride from Wicked to Wicca