""Brilliant, funny, evocative. Made me want to ski now. Hands down the best ski-travel book ever written. But then, what ..."> 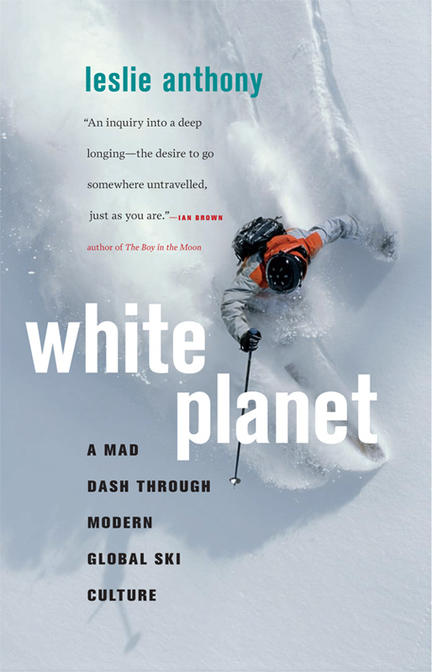 "p class=""book_description"">""Brilliant, funny, evocative. Made me want to ski now. Hands down the best ski-travel book ever written. But then, what else would you expect from the master of ski travel?"" -- Jake Bogoch, former editor of SKIER

A fun and informative look at the global ski revolution from one of its long-time devotees.

Writer, adventurer, and ski hound Leslie Anthony has spent his life on two planks, racing down hills, searching for the next perfect ride. His own discovery of skiing occurred just as Alaska was becoming the ski world's Next Big Thing. In the late eighties and early nineties, ski enthusiasts, powder snow, and vast tracts of steep terrain came together, captured on film and beamed to audiences around the world. The result was a freeskiing revolution.

In White Planet, Anthony traces an arc through much of skiing's global diaspora over the past thirty years, observing its metamorphoses, its ever-new destinations, and the forces that continue to push the sport in more extreme directions. He's skied volcanoes in Mexico and vertical faces in Alaska, he's raced historic telemark courses in Italy, and he's swum through powder in Japan and avalanches in India, always chasing a new experience, a fresh line, and a bluebird day of skiing with someone who shares the passion. Along the way, he introduces many of the daredevils who have succeeded-and sometimes failed-at spectacular feats, the visionaries who have changed the whole concept of boots and boards and what can be done on them, and the entrepreneurs who are bringing the sport to nontraditional markets such as China, Bulgaria, and India.

From the sadistic to the sublime, White Planet is an insightful, humorous, rock 'n' roll adventure that paints a picture of modern global ski culture.

Leslie Anthony is an avid adventurer who has won awards for his poetry and is acclaimed for his work in outdoor, action sport, and general-interest magazines such as Skier, Equinox, explore, and Powder. He also holds a PhD in zoology from the University of Toronto and was a postdoctoral fellow at McGill University's Redpath Museum. The author of Snakebit: Confessions of a Herpetologist and White Planet: A Mad Dash through Modern Global Ski Culture, he lives in Whistler, BC.

Other titles by Leslie Anthony

A Story About a Skier

Bears Above the Valley

A History of Catskiing and Snowboarding at Island Lake Lodge

Confessions of a Herpetologist