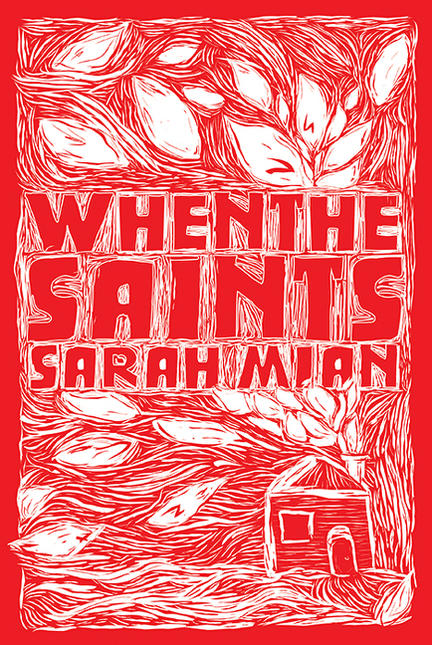 Is it possible to redeem a family name that has been spoken as a curse word for generations?

A decade after being cast off to live with strangers, Tabby Saint returns to Solace River, Nova Scotia, to find her childhood home deserted. She quickly latches on to the lonely tavern-keeper, West, who informs her that her family was run out of town. Tabby heads out to nearby Jubilant to find the fragments of her family: her addict sister, Poppy, and her two young kids; her brothers, Bird and Jackie, one crippled by a vicious attack and the other holding a dangerous grudge against the men responsible; a threadbare version of the bulletproof mother she remembers; and an ailing father, a man so vile he is unworthy of forgiveness even on his deathbed. Irreverent and mouthy as they ever were, the Saints are still a lightning rod for trouble. When a new storm arises, Tabby must choose whether to stay or run back the way she came.

Original, gut-wrenching and incessantly hilarious, When the Saints is the story of a family of outsiders whose redemption might be found in what they longed to escape: each other.

SARAH MIAN of Queensland, Nova Scotia, has been published in a variety of Canadian journals and magazines, such as The New Quarterly, The Antigonish Review, subTerrain, The Vagrant Revue of New Fiction and Flare. She is a regular storyteller on CBC Radio's Definitely Not the Opera and has performed theatrical roles in The Cover of Life and The Best Little Whorehouse in Texas.

The Loneliness of the Long-Distance Reader