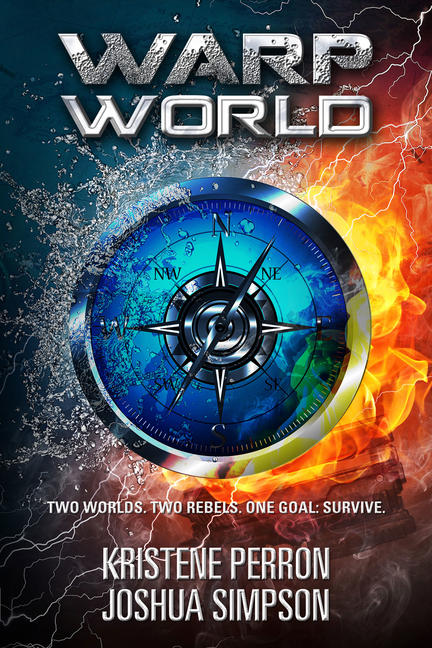 Cultural Theorist Seg Eraranat was ready to conquer his first new world, claim its riches, and return to his dying planet a hero. What he wasn’t prepared for, however, was to fall in love with one of the locals—Ama Kalder, a feisty young boat Captain—or to lead her people in rebellion against their tyrannical overlords. Hunted by enemies across two dimensions, Seg and Ama will have to strike an uneasy alliance to survive. The fate of two worlds is in their hands.

Kristene Perron is a former professional stunt performer for film and television (as Kristene Kenward) and a self-described fishing goddess. Pathologically nomadic, she has lived in Japan, Costa Rica, the Cook Islands and a very tiny key in the Bahamas, just to name a few. Her stories have appeared in Canadian Storyteller Magazine, The Barbaric Yawp, Hemispheres Magazine, and Denizens of Darkness. In 2010 she won the Surrey International Writers’ Conference Storyteller Award.Kristene is a member of SF CanadaShe currently resides in Nelson, BC, Canada but her suitcase is always packed.A career nomad, Joshua Simpson has driven trucks through the lower forty-eight states, treated and and disposed of hazardous waste, mixed mud as a stone-masonry laborer, failed abysmally in marketing, gotten on people's nerves as a safety man, and presently gets on their nerves even more using nerve release techniques in pain relief therapy.He lives amidst the scrub and mesquite of West Texas, with his cat.

Warpworld is written with astonishing depth; to step inside its pages is to walk its strange lands in realtime and be caught completely in the action. It's total immersion of the heart-pounding variety. - Anne DeGrace, author of Treading Water