""Walk Like a Man is a touching and intimate look into one man's life, it also brings up bigger questions of fandom, of the ..."> 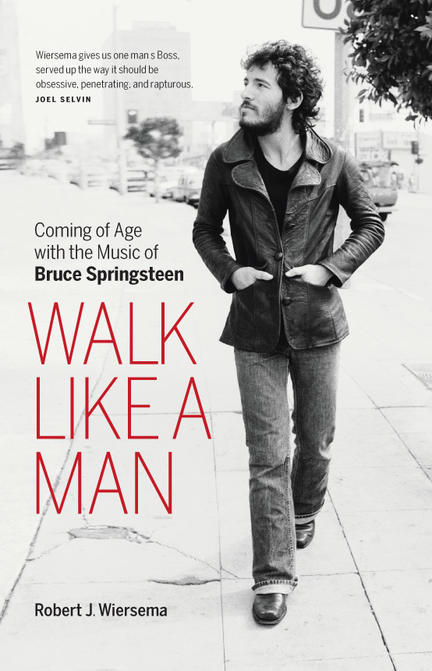 "p class=""book_description"">""Walk Like a Man is a touching and intimate look into one man's life, it also brings up bigger questions of fandom, of the public façade of celebrity, of the difference between art and artist."" -- Exclaim.ca

A frank, funny, and inventive blend of biography, music criticism, and memoir told in thirteen tracks.

As he enters his sixties, Bruce Springsteen remains a paragon of all that is cool in the world of rock. He's a genuine voice of the people, the bastard child of Woody Guthrie and James Brown, and an elder statesman who has inspired generations of bands. He's won twenty Grammy Awards, an Oscar, two Golden Globes, and is a member of two Halls of Fame.

There are dozens of books about Springsteen. What's left to say? Nothing objective, perhaps. But when it comes to music, objectivity is highly overrated. Robert Wiersema has been a Springsteen fan since he was a teenager, following tours to see multiple shows in a row, watching set lists develop in real time via the Internet, ordering bootlegs from shady vendors in Italy. His attachment is deeper than fandom, though: he's grown up with Springsteen's songs as the soundtrack to his life, beginning with his youth in rural British Columbia and continuing on through dreams of escape, falling in love, and becoming a father.

Walk Like a Man is the liner notes for a mix tape, a blend of biography, music criticism, and memoir. Like the best mix tapes, it balances joy and sorrow, laughter seasoning the dark-night-of-the-soul questions that haunt us all. Wiersema's book is the story of a man becoming a man (despite getting a little lost along the way), and of Springsteen's songs and life that have accompanied him on his journey.