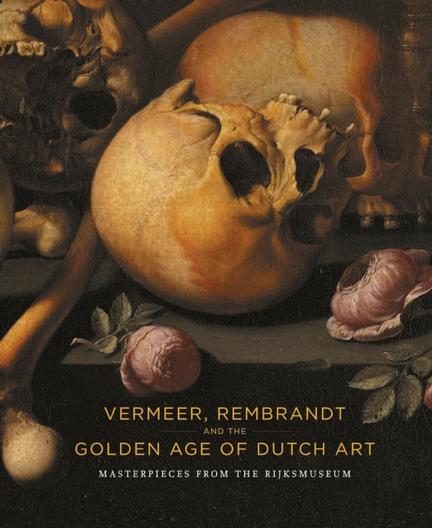 A spectacular introduction to the greatest masters and masterpieces of Dutch art, from one of the world's finest museums.

The art of the Netherlands in the seventeenth century, called the Golden Age, is among the most popular ever created. The sumptuous paintings, drawings and decorative arts in this book were created at time when the Dutch Republic had reached unprecedented power. Banking and the first truly global trade routes had generated staggering levels of new wealth that, coupled with political and religious freedom, created a vibrant atmosphere in which the arts flourished. Celebrated portraitists such as Hals and Rembrandt painted haunting images of the country's new civic leaders and wealthy patrons, while genre painters such as Vermeer created richly detailed scenes of daily life and artists such as Cuyp, de Witte and Heda captured the Dutch countryside and its prosperous new cities and created intricate still lifes rich in symbolism.

The book also features a selection of Delft pottery, glassware and silver that attests to the luxurious refinement of this Golden Age.

Vermeer, Rembrandt and the Golden Age of Dutch Art is a stunning companion to a major show at the Vancouver Art Gallery in the summer of 2009, the first chance ever to see major works by either Vermeer or Rembrandt within Canada.

Ruud Priem is curator of old masters at the Museum Het Valkhof, Nijmegen, The Netherlands, and an internationally acclaimed writer about seventeenth-century Dutch art. He has organized several exhibitions in museums worldwide.