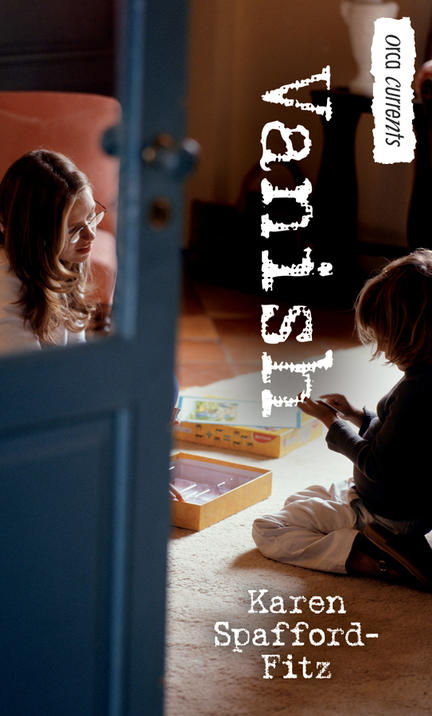 Fourteen-year-old Simone is having trouble making friends at her new school when her leadership studies class is paired with kindergarten students to mentor throughout the school year. To her surprise, Simone enjoys the Kinderbuddy Project, and she develops a special friendship with her Kinderbuddy, Lily. But as the bond between Simone and her Kinderbuddy grows, she realizes that a crisis is looming in Lily's family. Simone calls upon Aaron, the reluctant heartthrob of the class, for help, and they become key witnesses to events neither of them could have predicted.

Karen Spafford-Fitz grew up in an old limestone farmhouse near Kingston, Ontario where her early training as a writer involved reading thousands of books. In fact, it was impossible to walk across her bedroom without stubbing a toe on Anne of Green Gables, Little House on the Prairie, Nancy Drew, The Hardy Boys, Trixie Belden, and her father's old Lone Ranger books.

Eager to read more, Karen studied English Language and Literature at Queen's University. She followed that up with a degree in Education and went on to teach elementary and junior high students for eight years. Two daughters and a move across the country later, Karen began creating her own stories for children and teenagers. Dog Walker is her first middle-grade novel.

When Karen is not writing in her Edmonton studio, she is often running with her rambunctious German shepherd, who helps Karen train for her next half marathon. Karen also enjoys speaking to students about the inspiration for her stories, the creative process and the writing life.

Other titles by Karen Spafford-Fitz