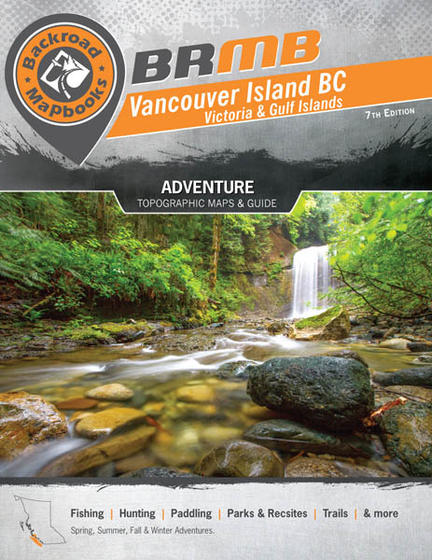 Known for its beautiful landscapes, abundant wildlife and laid-back atmosphere, Vancouver Island is just a short ferry ride away from the bustling Lower Mainland but often feels like an entirely different world. Though the city of Victoria in the south of the Island offers every modern convenience (and plenty of colonial charm), as you move north and west along the Island the cities get smaller and further apart, the trees get bigger and your opportunities for outdoor adventure grow exponentially. From surfing and whale-watching in Tofino to viewing some of the world’s largest trees in Strathcona Provincial Park, Vancouver Island’s natural treasures have to be seen to be believed. Get away from it all on a multi-day hike along the West Coast Trail, reel in the catch of a lifetime in Campbell River, the “Salmon Capital of the World,” or explore the many charming Gulf Islands – Vancouver Island is yours to discover.

The 8th edition of our Vancouver Island Backroad Mapbook features extensive updates and upgrades from our last publication. These include the addition of private land, fish species, higher resolution for wildlife management units, enhanced and updated resource roads, cartographic symbol updates, multi-use trail and fish stocking charts and four new maps at 1:150,000 base scale, as well as an inset map of the Sayward Canoe Route. As usual, we have also expanded and refined our written Adventure listings to get you the most up-to-date and accurate information possible for your adventure of choice.