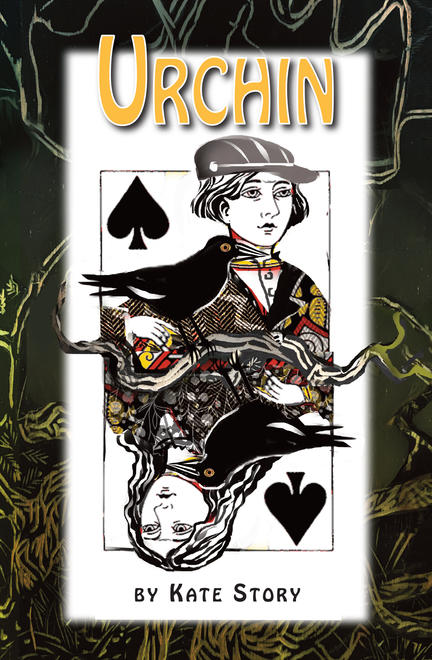 They say Dorthea’s family is cursed. The house built by Great-Great-Grandfather on the Southside Road has never been at peace. Old people say it lies on a fairy path—a gateway to the world of the Little Strangers.

All Newfoundland is enthralled when Marconi arrives with a wireless telegraphy team. Dor takes on a new identity as newspaper errand boy Jack, and joins the famous experimenter on Signal Hill. Becoming Jack is a profound personal awakening. But Jack also discovers that Marconi has a secret mission: receiving the first wireless transatlantic radio signal. And this new technology is wreaking havoc on the Little Strangers.

Then Dor’s mother disappears. Has she been kidnapped in revenge? Will Jack be forced to sabotage Marconi’s experiments to save her?

Dancing between the hidden realm of fairylore and the dynamic world of early 20th-century scientific innovation, Urchin is an exuberant story of self-discovery.

From the author of Blasted and YA fantasy duo Antilia.

Kate Story is a writer and theatre artist who was born and raised in St. John's, Newfoundland and Labrador. Uncanny occurrences were not unheard-of growing up in the house on the Southside Road built by Kate's great-great grandfather. Having fled to the mainland at sixteen, Kate keeps coming home to see family, do the occasional performance work, and get the occasional fit of the shudders. Kate lives in Peterborough/Nogojiwanong, Ontario, where the shudders are fuel for the writing and performance work.

Previous novels include Blasted, Wrecked Upon This Shore, This Insubstantial Pageant, and the YA fantasy duology Antilia.

Kate's fiction has won the Sunburst Award's honourable mention, been a CBC Literary Award finalist, and has appeared in World Fantasy and Aurora Award-winning collections. Kate is also a recipient of the Ontario Arts Foundation's K.M. Hunter Artist Award for work as a theatre writer, performer, and creator.

Other titles by Kate Story

Wrecked Upon This Shore