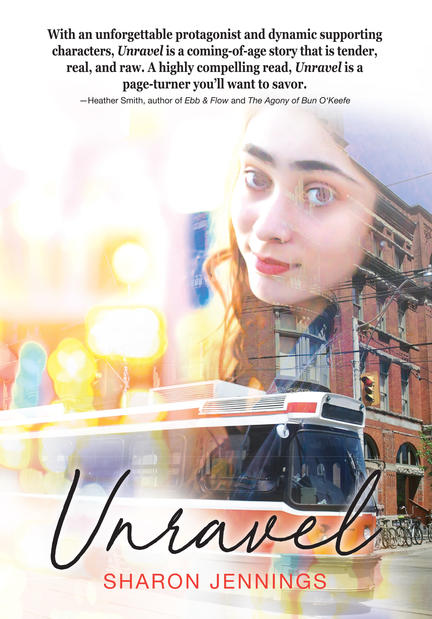 As Rebecca is about to turn twelve years old, she begins to realize that Joe, her father, is not the most supportive of parents. Rather he seems to want to turn her away from friendships, from involvement with others, from anyone who might intrude on their two lives. When it seems their affectionate neighbour is becoming too inquisitive, Joe abruptly arranges for himself and Rebecca to make a quick move to another place in the city. And as she reflects on things, Rebecca realizes that this is what has always happened. Also, she doesn't attend school, but is doing what her dad calls home-schooling. When she asks him about her family — grandparents and others — turns out that they're all dead. For various reasons, as Joe explains. That means the two of them are alone in the world, making their own way. Or, perhaps, allowing Joe to make whatever moves he wishes to without consulting anyone else — least of all, his daughter.
Life changes for Rebecca the day that she spots a new neighbour in their latest apartment building — someone who, though she seems a little fragile, has an aura of elegance about her and who also takes an immediate interest in the girl. As Rebecca gets to know Phoebe better, she also is able to look at Joe with different eyes — and, in the end, she realizes that her father is not at all who he has presented himself as.

Sharon Jennings has been published for 27 years. She is the author of over 70 books for young people – board books, picture books, reluctant reads, novels – many of which have been nominated for numerous awards and even won a few! Her middle grade novel Home Free was nominated for the Governor General’s Literary Award, The Silver Birch Award, and the TD Award. Her latest books are Connecting Dots, a completely true work of fiction about a girl’s terrible, horrible life, and The Warning, a completely true collection of stories about the supernatural. Sharon is very involved with her community, serving as a Board Member of The Canadian Children’s Book Centre, and is a three term President of The Canadian Society of Children’s Authors, Illustrators and Performers (CANSCAIP).

"It is no wonder this first-person novel begins saying that you can't write a story using the White Knight's formula — "begin at the beginning and go on until you come to the end. Then stop" — when you have spent so much of your life not knowing your beginning. So readers are thrown into the middle of the story and only gradually become aware of what came before what. This approach might have been confusing, but, in fact, Jennings has the narrative firmly in hand and guides readers through its ins and outs at a pace that keeps readers interested throughout. While Unravel is not quite a page-turner, it is certainly gripping. I've read about children being abducted by a parent or sometimes grandparent, and about how computers can "age" a picture of a child to an uncanny likeness of the teen, but this story brings it home in a particularly vivid way. Frankly, it sends shivers up the spine of a parent (me), and teenagers will find it riveting.
Highly Recommended"
— CM Magazine

Other titles by Sharon Jennings

A Collection of 6 First Readers