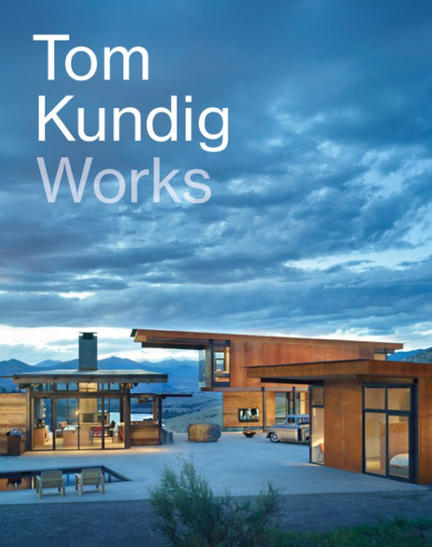 InTom Kundig: Works, the celebrated Seattle-based architect presents nineteen new projects, from Hawaii to New York City. Kundig's award-winning houses, known for their rugged yet elegant and welcoming style, are showcased in lush photography with drawings and sketches, and appear alongside his commercial work—from multistory complexes to the Tacoma Art Museum to a line of hardware (handles, door pulls, hinges, and more). In firsthand accounts, Kundig describes the projects and his design process with many personal anecdotes, makingTom Kundig: Works as much memoir as monograph. The book also includes an introduction by design editor Pilar Viladas and in-depth conversations with Kundig's frequent collaborators—"gizmologist" Phil Turner and contractor Jim Dow (Schuchart/ Dow)—and clients (Bigwood Residence and Studhorse).

Over the past three decades, Tom Kundig has received some of the world's highest design honors, from the National Design Award from the Smithsonian Cooper-Hewitt National Design Museum to an Academy Award in Architecture from the American Academy of Arts and Letters. In 2012, he was inducted into Interior Design magazine's Hall of Fame.

Kundig's work has received over 50 awards from the American Institute of Architects, including ten National Honor Awards and seven National Housing Awards. His work has appeared in hundreds of publications worldwide such as the New York Times, the Telegraph, Architectural Record, Financial Times, Architectural Digest and the Wall Street Journal, and countless books, including House by Diane Keaton. Named in the Wallpaper* 150 as a key individual who influences and inspires the way we live, work, and travel, Tom's current projects extend from North America to Asia, South America, Australia, and Europe, including a World Heritage site in Dachstein, Austria.