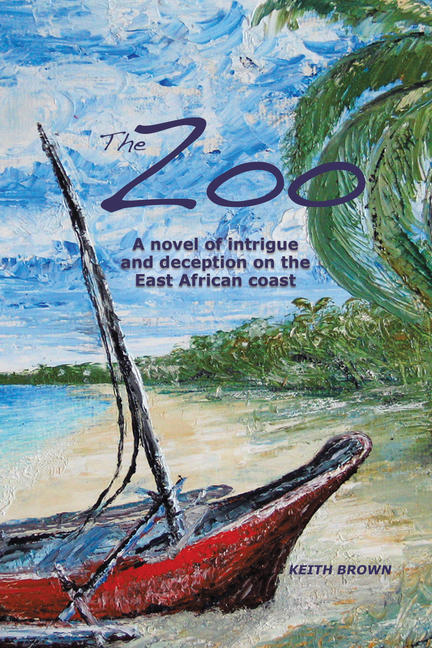 Just as he starts his new teaching job in Kenya, Brett James discovers that things are not as they appear on the surface. He bravely confronts the mysteries of the cross-cultural, multi-religious community called The Zoo. His faith is deepened as he deals with unexpected and stunning revelations.

Follow our hero, Brett, as he battles through a fog of mystery, deception, and violence. He challenges the impenetrable wall, which was constructed by the elusive founder who controls access to the isolated Monkey Island.

Will the residents reveal their sinister histories and complex relationships to this naive outsider? And will Brett be sympathetic as the surviving leaders strive for reconciliation and truth that parallel their spiritual longings?

Keith Maurice Brown and his wife, Pauline, were born in England during the Second World War. They have travelled through Fifty countries, and lived and worked in education for extended periods in England, Canada, Kenya, and Indonesia. They now live in British Columbia, Canada. They have two children and four grandchildren.

Excerpt: The Zoo: A novel of intrigue and deception on the East-African coast (by (author) Keith Brown)

The surge of pain left him gasping. Through a blur of agony, Brett saw two men dart out of his front door. The first blow had sent him reeling. The second punch caught him off balance. He had spun to his left, catching his leg against the jagged metal edge of the frame. That had cut his leg badly. Now he lay below the table, desperate to recall the intruder’s words…“Be careful and keep your mouth shut…” There was more. What was it?

He winced at the stabbing pulses down his leg as he struggled up on his right knee. His mind was a turmoil of thoughts…What was that all about?

He noticed his bloodied leg. He grabbed a towel and tried to wrap it around his leg to pull the cut closed, and stop the bleeding. “This is going to need medical attention,” he told himself. “Clearly, those thugs were sent to give me a message. What was it? A message from someone I know. Someone I know?”

He agonized over who had sent the two men. How can I have made such vicious enemies in less than a year at the Zoo? The attack, and the warning it conveyed, were obviously a direct consequence of his foolish actions and persistent enquiries. Only three people knew about his questions: Chengo, Peter, and Louise. They had all urged him to say nothing, but they may still not trust him, and they may have felt he needed a further indication of their seriousness.

Now he had it!

An exotic setting, a spiritual odyssey, and a geopolitical conflict--The Zoo is a great read!

I read Keith Brown’s novel The Zoo: A Novel of Intrigue and Deception on the East African Coast in 2 sittings--it's very readable! I wish that my university English students could write amazing prose like this. The Zoo is a stellar example of popular fiction, enhanced by Brown’s erudition throughout, covering so many fields of knowledge, from African history, culture, and politics, to interfaith dialogue, to an array of European cultural references. I like how Brown’s idea of the interfaith community in Mwakindini, Kenya functions as a kind of metaphor for the current multiculturalism and politically correct pluralism being celebrated in many parts of the Western world. Brown’s nuanced assessment of pluralism conveys his tact and wisdom. I loved all the references to life in Kenya in the 1980s. The novel, situated on the shores of the Indian Ocean, has a tantalizing sense of place. The main character, Brett Morris James, is a likeable and intellectually and spiritually vibrant character whose consciousness gives the novel a moral soundness and good horse sense. Brown’s prose is beautifully clear and I believe the manuscript is devoid of grammatical or typographic errors. This work represents a great achievement as a first novel, and I believe it outshines much of the popular fiction that occupies privileged space in bookstores. If you want to be transported to an exotic locale and swept up in a conflict that has uncanny geopolitical implications, try Keith Brown’s The Zoo.