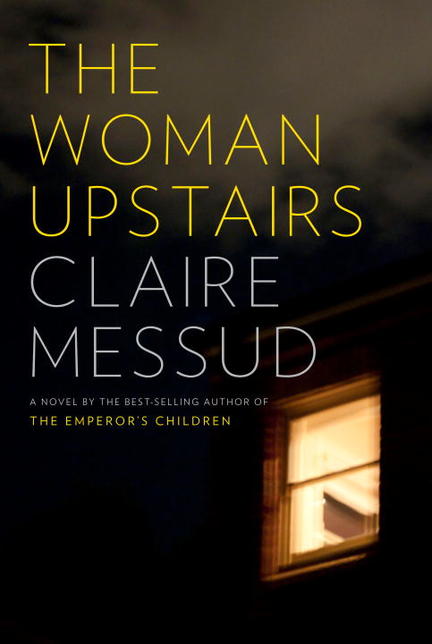 Nora Eldridge, a 37-year-old elementary school teacher in Cambridge, Massachusetts, is on the verge of disappearing. Having abandoned her desire to be an artist, she has become the "woman upstairs," a reliable friend and tidy neighbour always on the fringe of others' achievements. Then into her classroom walks a new pupil, Reza Shahid, a child who enchants as if from a fairy tale. He and his parents--dashing Skandar, a half-Muslim Professor of Ethical History born in Beirut, and Sirena, an effortlessly glamorous Italian artist--have come to America for Skandar to teach at Harvard.

But one afternoon, Reza is attacked by schoolyard bullies who punch, push and call him a "terrorist," and Nora is quickly drawn deep into the complex world of the Shahid family. Soon she finds herself falling in love with them, separately and together. Nora's happiness explodes her boundaries--until Sirena's own ambition leads to a shattering betrayal.

Written with intimacy and piercing emotion, this urgently dispatched story of obsession and artistic fulfillment explores the thrill--and the devastating cost--of giving in to one's passions. The Woman Upstairs is a masterly story of America today, of being a woman and of the exhilarations of love.

CLAIRE MESSUD's last novel, The Emperor's Children, was a New York Times, Los Angeles Times and Washington Post Best Book of the Year, and was long-listed for the Man Booker Prize. Her first novel, When the World Was Steady, and her book of novellas, The Hunters, were finalists for the PEN/Faulkner Award. Her second novel, The Last Life, won Britain's Encore Award. Her short fiction has been included in the Penguin Book of Canadian Short Stories, edited by Jane Urquhart. Raised in Sydney, Australia and Toronto, where she attended the Toronto French School and UTS, Messud was a judge for the 2010 Scotiabank Giller Prize. She lives in Cambridge, MA with her family.

“An extraordinary novelist.... Messud’s ending is a triumph, pitch perfect. Nora’s frustration is grating, the way real-life frustration is. But in this novel, frustration makes way for something new, something beautiful.”
—The Gazette

“In Nora, Messud has produced a clear-eyed, unsentimental and compelling portrait of an ordinary person quietly revealing their faults, uncertainties and insecurities.... Messud is a breathtaking writer—exemplified in the way she brings even the most peripheral characters to life in one swift, all-encompassing stroke.... The Woman Upstairs is ultimately a beautiful—and beautifully sustained—howl of fresh, fierce, furious rage.”
—The Independent

Other titles by Claire Messud

Kant's Little Prussian Head and Other Reasons Why I Write

An Autobiography through Essays