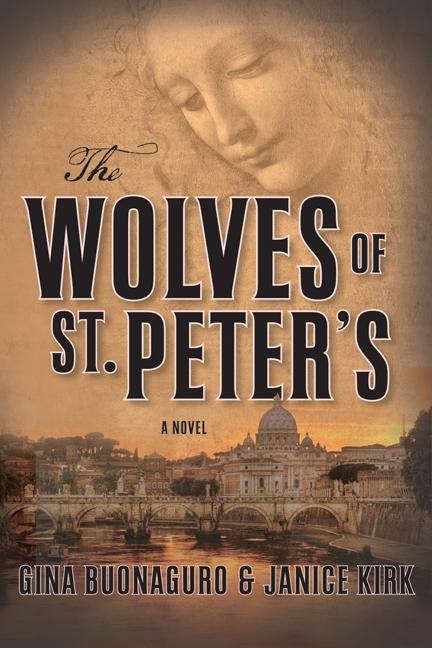 A suspenseful, intoxicating mystery of art, young love and betrayal, set amid the glory and corruption of Renaissance Rome

When young Francesco Angeli sees a golden-haired woman being pulled from the Tiber on a rainy Rome morning, he is shocked to realize that he knows her. It is 1508, and Francesco is a reluctant houseboy to Michelangelo, who is at work on the ceiling of the Sistine Chapel. Francesco prefers the company of the urbane Raphael and the artistic circle that gathers at the home of Imperia, who operates a brothel in the shadow of the Vatican while the all-powerful Pope Julius II turns a blind eye. The woman in the river is one of Imperia’s ladies, and against his will, Francesco becomes involved in the search for the truth about her death.

Meanwhile, rising waters flood the city’s streets, turning Romans into refugees and the Coliseum into an emergency refuge, and hungry wolves descend from the hills to stalk the city like ghosts. As Francesco follows the deepening mystery from the backstreets to the pope’s inner sanctum, he begins to realize that danger and corruption may lurk behind the most beautiful of facades.

GINA BUONAGURO and JANICE KIRK are the co-authors of The Sidewalk Artist and Ciao Bella. They live in Toronto and Kingston, respectively.

“A zesty mix of high-class brothels and high-level corruption make The Wolves of St. Peter's a top-notch historical thriller. Buonaguro and Kirk lead us through the murkier side of Renaissance Rome with the help of a cast of enjoyably unpleasant characters, including a grumpy Michelangelo and a serenely dissolute Raphael. Who needs The Borgias??
?Ross King, Governor General's Award?winning author of Leonardo and the Last Supper and Michelangelo and the Pope's Ceiling ()