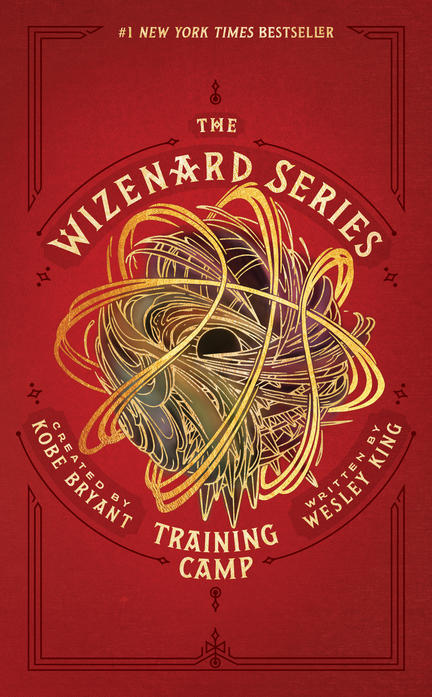 A People Kid Pick of the week

From the mind of basketball legend and Academy Award–winning storyteller Kobe Bryant comes this radically original portrait of five young basketball players, one enlightening coach, and the awesome transformative power of the game. Filled with insights about the mental stamina and emotional clarity that peak performance requires, this is an indispensable story for young athletes, coaches, educators, and anyone interested in the astonishing potential of team sports to unlock individual growth.

THE GAME WILL NEVER BE THE SAME

Magic doesn’t seem possible for the West Bottom Badgers. They’re the lowest-ranked basketball team in their league, and they live in the poorest neighborhood in Dren. Nobody expects them to succeed at anything. Plus, every kid on the team has secret struggles of his own.
When a new coach named Professor Wizenard arrives on the first day of training camp, the Badgers can’t explain the magical-seeming things they see and hear. Every player experiences unique and strange visions—visions that challenge everything they thought they knew about basketball, and about their lives and their secrets off the court. To survive the increasingly intense ordeals of training, the Badgers will need to take unimaginable risks, learn to trust their teammates, and confront the darkness within themselves.

Kobe Bryant is an Academy Award–winning storyteller and content creator. He spends his days building stories to inspire the next generation of athletes to be the best versions of themselves. In a previous life, Kobe was a five-time NBA champion, two-time NBA Finals MVP, NBA MVP, and two-time Olympic gold medalist. He hopes to share all he learned with young athletes around the world.

Wesley King is the author of the Edgar Award–winning OCDaniel, which Booklist praised as “complex and satisfying” in a starred review. It was named a Bank Street Best Book of the Year and received Canada’s Silver Birch Award. Its companion, Sara and the Search for Normal, received a starred review from School Library Journal.  King’s first middle grade novel, The Incredible Space Raiders from Space!, was called “a well-drafted coming-of-age story” by Publishers Weekly. King is also the author of Kobe Bryant’s New York Times bestselling Wizenard series. He lives in Nova Scotia.

"The novel is unusual in structure and plot as readers experience the same incidents portrayed through different perspectives, each revealing another layer of the story . . . . Solid, authentic basketball action with plenty of food for thought, colored with elements of fantasy."—Kirkus

“The Wizenard is an achievement—not only because it’s a good novel; not only because it merges the world of wizardry and sport deftly. It is an achievement because it teaches that magic and basketball aren’t binary, not in fiction and not in reality. …Every young person who picks up a ball, or a book, or even a wand, should pick up The Wizenard Series: Training Camp to be fans and teammates of this standout rookie.”—Nikko Ramos, Fully Booked Online.com

“Every kid who reads [The Wizenard Series: Training Camp] will imagine they are one of the lucky five young hoopsters—Rain, Twig, Cash, Lab, and Peno—who benefit from the teachings of the master.”—2paragraphs.com

Other titles by Kobe Bryant

The Wizenard Series: Season One

Other titles by Wesley King

Sara and the Search for Normal

The Wizenard Series: Season One

The Incredible Space Raiders from Space!