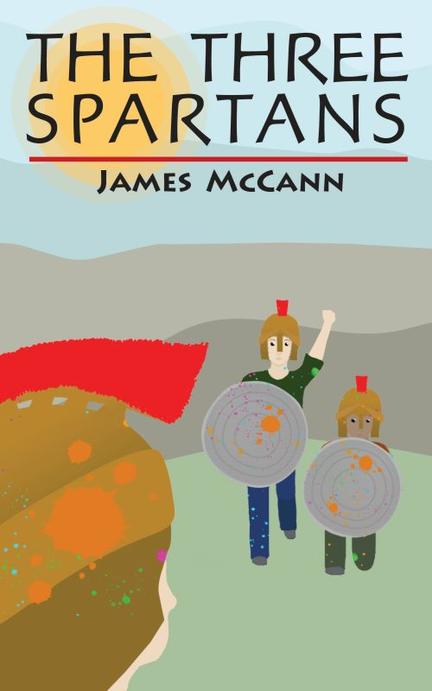 Twelve-year-old Arthur loves his summers in Birch Bay, a quirky seaside village where he spends all of his time with his best friend Lea. They play video games together, hang out at the beach and explore on their bikes.

This year is different, though. First, Arthur learns it will be Lea's last summer in Birch Bay. Then their freedom is threatened by the Immortals, the swim team who torments all the local kids.

Lea and Arthur decide to take a stand. Using their video-game network, they gather a small army of kids who?ve had enough of the Immortals.

Armed with paintball guns and shields made of garbage can lids, the Spartan army takes on the Immortals. Their goal is control of a treehouse, but the prize is knowing they stood up for themselves

A humorous retelling of the Greek battle of Thermopylae, The Three Spartans is a story of friendship and belonging, and of standing up for what's right&mdasheven when the odds are against you.

James McCann has written several books for young people including Children of Ruin (Iron Mask Press) and Flying Feet (Orca Book Publishers). James teaches creative writing workshops at schools and libraries. When James is not writing, he's playing Dungeons and Dragons or out on a road trip. James lives in Richmond, British Columbia.

Other titles by James McCann