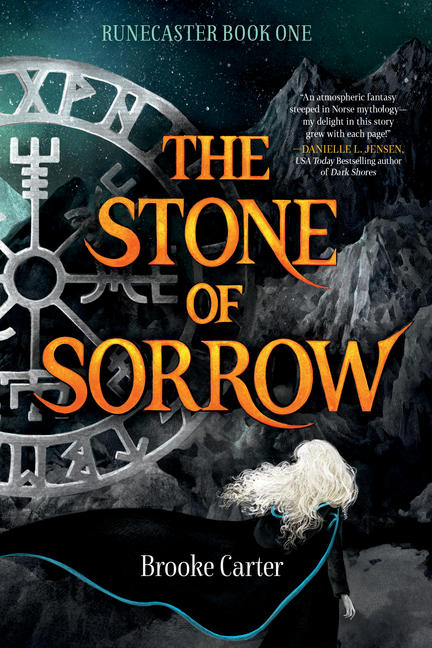 In a land of myth and ice, seventeen-year-old Runa Unnursdóttir is not the runecaster her clan has been hoping for. She spends her days daydreaming of sailing away and exploring the world instead of studying the runes and learning her spells. The villagers consider her odd, in looks and in manner. She’s nothing like her talented sister, Sýr, keeper of the sacred moonstone that ensures the village’s continued survival. But when a rival clan led by an evil witch raids the village and kidnaps her sister, Runa is forced to act. With a fallen Valkyrie by her side, and the help of a gorgeous half-elf Runa is not quite sure she can trust, the apprentice must travel to the site of an ancient runecasting competition to try to win back the magical gem. But the journey will not be easy; the three unlikely companions encounter malevolent and supernatural creatures at every turn. Somehow, Runa must summon the courage and strength to face her destiny, a destiny she never wanted. Or die trying.

Brooke Carter was born and raised in beautiful British Columbia, where she earned an MFA in Creative Writing (UBC) and where she currently makes her home with her family. She is the author of the Orca Soundings titles Another Miserable Love Song and Learning Seventeen and the Orca Sports title Lucky Break. For more information, visit www.brookecarter.com.

“Bold, subversive, feminist…It’s a fresh, character-focused read with genuinely surprising twists; the fact that it is the first instalment of a series makes it all the more enticing.”

"Carter has done a wonderful job writing this book. It shows strong emotions and the courage of a single character rising up against a powerful force."

“The Stone of Sorrow is darkly magnificent and filled with wonders. The story of Runa and her quest is raw and terribly beautiful and I cannot wait for the next installment in the Runecaster trilogy. The most exciting fantasy I have read in a very long time.”

“Spirited...A magical alternate Iceland results in evocative atmospherics...Empathy is a major theme, and a queer relationship and a nonbinary character are inclusive additions to the novel.”

“Readers who enjoy Norse mythology, magic and adventure will find The Stone of Sorrow, with its hints of humor and its complicated characters, a compelling read. Highly Recommended.”

“An atmospheric fantasy steeped in Norse mythology—my delight in this story grew with each page!”

Other titles by Brooke Carter

Canadian Books of the Year