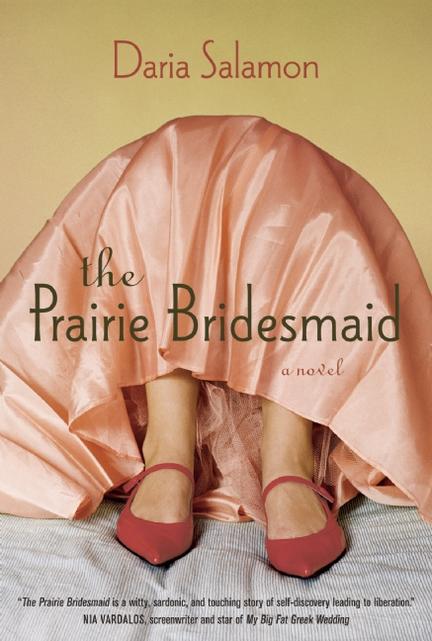 ?Teacher. One of the most unsexy jobs ever. Why couldn—t I have been in film school or architecture” I had to pick the Faculty of Cotton Pants.”
Just cresting her thirties, Anna Lasko is a frustrated high school teacher whose almost ex-boyfriend, Adam, is away on temporary assignment in Europe. She finds herself tricked into a break-up-with-the-bad-boyfriend intervention by her supportive but meddling girlfriends. To cope with it all, Anna starts smoking again, keeps nightly counsel with her backyard squirrel, Buddy, and starts sessions with a caring but fashion-challenged therapist. Her well-intentioned family adds to the emotional workload when her beautiful and free-spirited sister decides to move to the Middle East with her boyfriend. Luckily, Anna has her gun-toting grandmother who constantly says it like it is, refuses to conform to anyone's requests, and continues to live on her prairie farm half-blind, happy, and alone.
A spectacularly fun debut novel about the bonds that break and make family, friendship, and love.
Praise for The Prairie Bridesmaid:
“The Prairie Bridesmaid is a witty, sardonic, and touching story of self-discovery leading to liberation. Daria Salamon's writing is like a breath of fresh Winnipeg air.” “Nia Vardalos, screenwriter and star of My Big Fat Greek Wedding
“I was knocked over by this novel. It's funny and has a wonderful voice and heart. Every bit as entertaining as A Complicated Kindness—I laughed my ass off.” “Steven Galloway, author of Ascension and The Cellist of Sarajevo
“In reading this book, I was touched and inspired. It is original and well-written and points to a reality both relevant and poignant for women with whom I share a generation. Daria Salamon writes with wit and compassion and manages to dignify the thoughts, emotions and sometimes treacherous turns that are part of growing up as women in Canada.” “Chantal Kreviazuk, singer/songwriter
“Daria Salamon adeptly crosses genres and displays an abundance of literary savvy in The Prairie Bridesmaid. The wry, ironic voice of the main character, Anna, is reminiscent of the women characters created by Patricia Pearson in Playing House and Miriam Toews in Summer of My Amazing Luck. Daria manages an impressive balance between angst and wit, between a serious treatment of the ravages of a love relationship gone brutal and a humorous take on the vanities and shortcomings of a young woman who is mired in the muck of her own making.” “Marjorie Anderson, editor of Dropped Threads and Dropped Threads 2
“From the first page of The Prairie Bridesmaid you can—t help but to care about Anna and her life. She's recovering from breaking up with Adam, but she doesn—t want our sympathy; more, she wants to understand what's happened to her and how she ended up with a guy like him. Although the tone of Daria Salamon's novel is cheerful, the story is darker and deftly told. Salamon is a skilled writer, keeping a tight rein on the emotional depth of The Prairie Bridesmaid. This is chick-lit for grown-ups. And it's good.” “Alice Kuipers, author of Notes on the Refrigerator Door
“Tender and funny — full of snappy dialogue and offbeat humour. — Salamon's debut is a quirky, witty salute to that exhausting project of finding out who you are — and who you—re not — no matter how many bottles of cheap Merlot it takes.” Quill & Quire

DARIA SALAMON is a freelance writer whose work has been published by The Globe and Mail, The Winnipeg Free Press and Uptown Magazine. Her short fiction and creative non-fiction has been shortlisted for the Writers’ Union of Canada’s Emerging Writer Short Fiction Award, the Larry Turner Award for Creative Non-Fiction, and the Canadian Authors Association’s North of 55 Writing Contest. In 2005, she wrote a monthly humour column on wedding planning for the Winnipeg Free Press called The Wedding Diaries. She lives in Winnipeg, Manitoba.