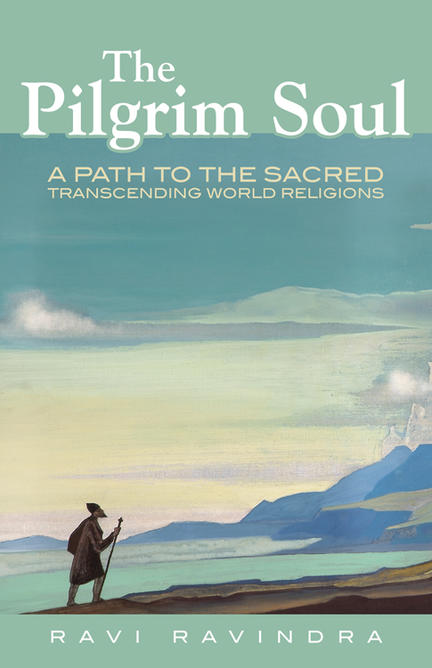 "Wandering, one gathers honey," observes the Aitareya Brahmana. In this spirit Ravi Ravindra, renowned for his integration of physics and comparative religions, explores the heart of Buddhism, Christianity, and Hinduism to define a universal spiritual path that transcends any tradition. People with a pilgrim soul, he says, are open to a freedom from all that is known. They seek to practice mindfulness in each moment, so that washing the dishes or emptying the garbage becomes a sacred act; they seek to enter the dimension of eternity, realizing that the eternal is always present, right here, right now. Wisdom is the ability to act freshly in time while being anchored in eternity, says Ravindra. This deceptively simple small volume contains a wealth of wisdom for living that way.

Ravi Ravindra, Ph.D., is a spiritual visionary, scholar, and leading international speaker on religion, science, and spirituality. A native of India, he emigrated to Canada and is Professor Emeritus at Dalhousie University in Halifax, Nova Scotia, where he served for many years as a professor in Comparative Religion, Philosophy and Physics. He was a Member of the Institute of Advanced Study in Princeton, a Fellow of the Indian Institute of Advanced Study in Shimla, and Founding Director of the Threshold Award for Integrative Knowledge. He has been a member of the Board of Judges for the prestigious Templeton Prize for Progress in Religion. Ravindra's spiritual search has led him to the teachings of J. Krishnamurti, G. Gurdjieff, Yoga, Zen, and a deep immersion in the mystical teachings of the Indian and Christian classical traditions. He is the author of many books, including Christ the Yogi: A Hindu Reflection on the Gospel of John and Krishnamurti: Two Birds on One Tree.

"The entire interreligious dialogue community would do well to take The Pilgrim Soul to heart. Future generations of pilgrims, following Ravindra's lead, must think and write and speak from a new set of givens, no longer simply from the monumentally encrusted identities of the great world religions (though we will ever be in their debt) but also from the new, yet no less profound, inner realities resulting from their genuinely cross-cultural and cross-traditional lives and spiritual quests." --Philip Novak, author of The World's Wisdom and co-author of Buddhism: A Concise Introduction

"I very much love The Pilgrim Soul. I am beckoning along similar paths, albeit using a different voice. The understandings of which Ravindra speaks are robust and enormously exciting." --Ursula Goodenough, author of The Sacred Depths of Nature

"This book points to a world beyond all religions, beyond thoughts and the known, beyond space and time, beyond the measurable: the world of the sacred, the eternal, of Truth beyond all concepts. For the true seeker, this book will have a value beyond words, for only the trivial can be taught; the profound has to be learnt for oneself." --P. Krishna, Krishnamurti Foundation India, Rajghat Fort, Varanasi, India

Other titles by Ravi Ravindra

Science and the Sacred

Eternal Wisdom in a Changing World

Two Birds on One Tree