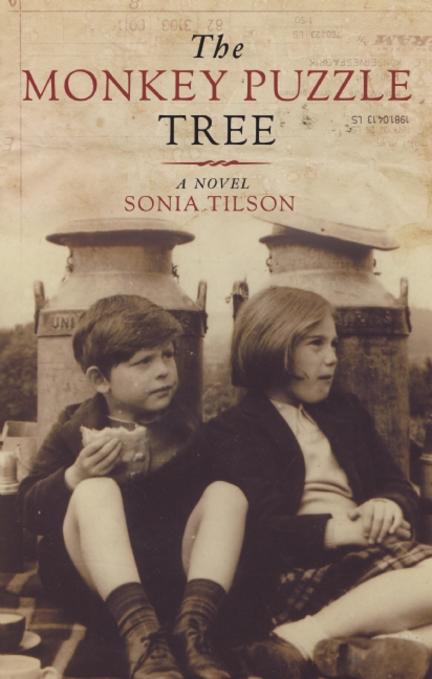 Gillian Davies is six years old when her mother sends her to Croessfordd to escape the Blitz. But can she escape her child-molesting cousin Angus? Alternating between WWII Wales and present-day Canada, The Monkey Puzzle Tree is the story of Gillian's struggle to accept her childhood trauma, forgive her mother, and confront Angus-who, it seems, is as dangerous as ever.

Sonia Tilson was born in Swansea, South Wales, and educated at Monmouth School for Girls and Swansea University. She married and immigrated to Canada in 1964 and has lived mostly in Ottawa, teaching English up to university level. Her first book, The Monkey Puzzle Tree, was published by Biblioasis in 2013, and was nominated for the Metcalf-Rooke Award in 2012 and for the Ottawa Book Award in 2014.

" The Monkey Puzzle Tree is no soft sell. It is a well-written, clear-eyed look at the evacuation of small children from British cities during the Second World War." - Ottawa Citizen

"The Monkey Puzzle Tree is filled with references to domestic and cultural life, both good and bad, in 20th-century Britain. Along with the comforting beef jelly, marmalade, Everyman's Library, Shirley Temple dolls and 'We'll Meet Again,' the reader is presented with insidious anti-Semitism and blatant discrimination toward Irish Catholics. Tilson depicts time and place with expert handling...The Monkey Puzzle Tree is a fine first novel." - The Telegraph-Journal

"An engrossing and ambitious debut novel...Tilson is a very competent writer, with a gift for authentically describing moments of historical significance through the eyes of a child...deeply gratifying." - The National Post

Other titles by Sonia Tilson

Deborah-Anne Tunney: Books to be Snowed-In With

Perfect reads to curl up with while the snow falls outside.