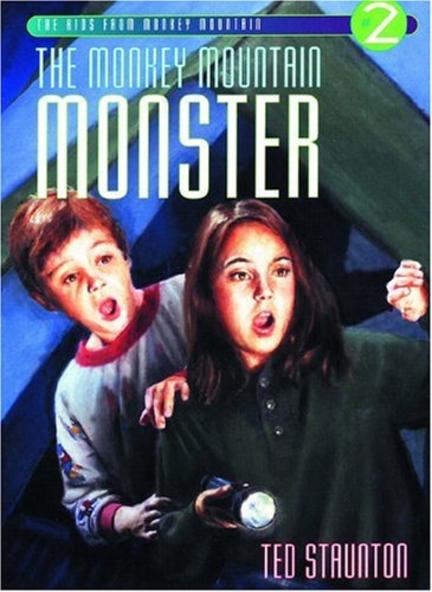 The Monkey Mountain Monster finds Lindsey, a reluctant day-camper, partly because most of the kids come from another school in her town of Hope Springs, but mostly because of mouthy Mona, who's a put-down artist extraordinaire and who's never without her gaggle of admiring girlfriends. Lindsey wants no part of it, but Mona has lured Lindsey's best friend, Caitlin, into her crowd of disciples, which leaves Lindsey out in the cold. To complicate matters, there's a mysterious monster, known as the Ooly Gooly, roaming through Hope Springs.

On a dare Lindsey agrees that she will sleep out in her backyard one night, but when she finds out that Caitlin won't join her, she realizes she really is all on her own. An unexpected volunteer agrees to join Lindsey, and when the monster shows up the kids can't contain themselves. Chaos and panic set in with lively results.

Ted Staunton is the award-winning author of over forty books for young people, including Bounced, What Blows Up in The Almost Epic Squad series, the picture book Friends for Real, illustrated by Ruth Ohi, and the coauthor of the non-fiction title It Seemed Like a Good Idea . . . : Canadian Feats, Facts and Flubs, with his son Will. A busy and popular presenter at schools across Canada, Ted also teaches writing at George Brown College in Toronto, and is a roots/blues musician in whatever time is left over. Visit him online at www.tedstauntonbooks.com.

"Staunton's strength is that he uses humor to engage the reader while exploring problems that loom large on the pre-teen radar."
— City Parent

Other titles by Ted Staunton

It Seemed Like a Good Idea . . . : Canadian Feats, Facts and Flubs

by (author) Ted Staunton & Will Staunton

What Blows Up (The Almost Epic Squad)