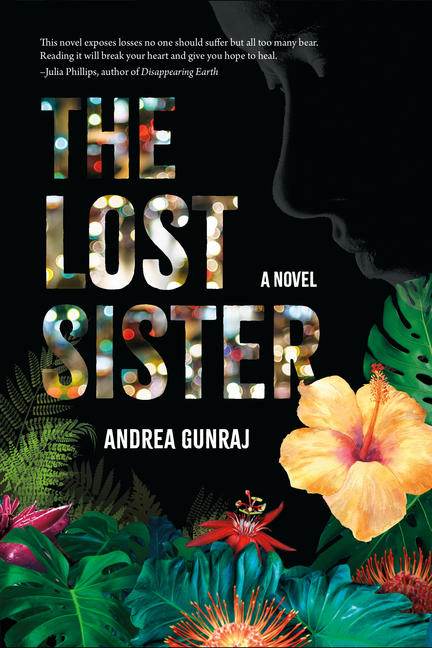 The anticipated sophomore novel from the celebrated author of The Sudden Disappearance of Seetha, which Quill & Quire called "an exciting, memorable debut." Partially inspired by the real-life experiences of a former resident of the Nova Scotia Home for Colored Children, The Lost Sister bravely explores the topics of child abuse, neglect, and abduction against a complex interplay of gender, race, and class dynamics.

Alisha and Diana are young sisters living at Jane and Finch, a Toronto suburb full of immigrants trying to build new lives in North America. Diana, the eldest, is the light of the little family, the one Alisha longs to emulate more than anyone else. But when Diana doesn't come home one night and her body is discovered in the woods, Alisha becomes haunted. She thinks she knows who did it, but can't tell anyone about it.

Unable to handle the loss of their daughter and unaware of Alisha's secret guilt, the family unravels. It's only through an unusual friendship with Paula, an older woman who volunteers at her school, that Alisha finds reprieve. Once an orphan in the Nova Scotia Home for Coloured Children and estranged from her own sister, Paula helps Alisha understand that the chance for redemption and peace only comes with facing difficult truths.

“Andrea Gunraj is the author of The Sudden Disappearance of Seetha (Knopf Canada). She is also a contributing essayist to a new collection entitled Subdivided: City-Building in an Age of Hyper-Diversity (2016, Coach House Books). She lives in Toronto and, beyond writing, she's passionate about communications, public education, and accessible technology for social change. Andrea works at Eva's Initiatives for Homeless Youth. Learn more by visiting Andreagunraj.ca and follow @andreagunraj on Facebook, Twitter, and Instagram.