How two young Maasai tribesmen became warriors, scholars, and leaders in their community and to the world.p class=""book_description"">They ..."> 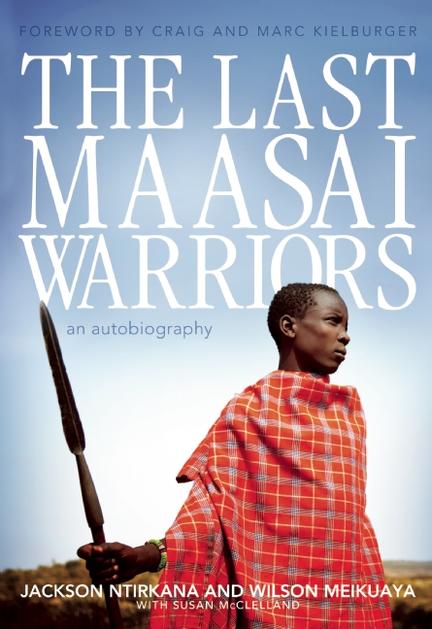 "p class=""book_description"">How two young Maasai tribesmen became warriors, scholars, and leaders in their community and to the world.p class=""book_description"">They are living testament to a vanishing way of life on the African savannah. Wilson and Jackson are two brave warriors of the Maasai, an intensely proud culture built on countless generations steeped in the mystique of tradition, legend and prophecy. They represent the final generation to literally fight for their way of life, coming of age by proving their bravery in the slaying of a lion. They are the last of the great warriors.p class=""book_description"">Yet, as the first generation to fully embrace the modern ways and teachings of Western civilization, the two warriors have adapted — at times seamlessly, at times with unimaginable difficulty — in order to help their people. They strive to preserve a disappearing culture, protecting the sanctity of their elders while paving the way for future generations.p class=""book_description"">At this watershed moment in their history, the warriors carry the weight of their forbearers while embracing contemporary culture and technology. While their struggle to achieve this balance unfolds exquisitely in this story, their discoveries resonate well beyond the Maasai Mara. "

Wilson Meikuaya was born in Maji Moto, in the Narok South District of Kenya. He made the leap from a traditional background into a contemporary life by combining his love for the outdoors and his passion for education by studying wildlife and botany in university. Wilson has worked with Me to We and Free The Children since 2007. He lives in the Maasai Mara, Kenya.

Jackson Ntirkana was born in the Narok South District into a family of nine sisters and 12 brothers. A passionate naturalist, Jackson emerged from his warrior upbringing into the modern world, studying botany and guiding in university. In addition to working with Me to We and Free The Children in Kenya since 2007, Jackson is also very proud farmer. He lives in the Maasai Mara, Kenya.

Susan McClelland is an award-winning investigative journalist and author. Her writing has appeared in publications including the Globe and Mail, Maclean's, Canadian Living, Chatelaine and The Walrus. Her books include Bite of the Mango (Annick Press, 2008), The Last Maasai Warriors (Me to We, 2012) and The Tale of Two Nazanins (Harper Collins, 2012), and she has won two Amnesty International Media Awards for excellence in human rights reporting.

Other titles by Wilson Meikuaya

Other titles by Jackson Ntirkana

Other titles by Susan McClelland

My Fight Against Homophobia in Jamaica

Stars Between the Sun and Moon

One Woman's Life in North Korea and Escape to Freedom

The Tale Of Two Nazanins