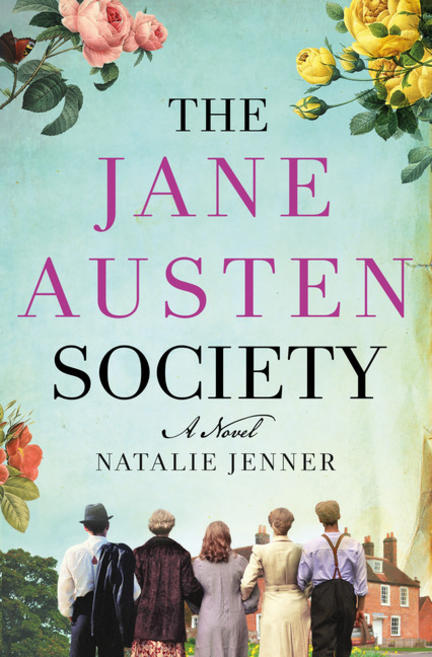 * NATIONAL BESTSELLER *
"This novel delivers sweet, smart escapism."—People
"Fans ofThe Chilbury Ladies’ Choir and The Guernsey Literary and Potato Peel Pie Society will adoreThe Jane Austen Society… A charming and memorable debut, which reminds us of the universal language of literature and the power of books to unite and heal." —Pam Jenoff,New York Times bestselling author ofThe Lost Girls of Paris
Just after the Second World War, in the small English village of Chawton, an unusual but like-minded group of people band together to attempt something remarkable.
One hundred and fifty years ago, Chawton was the final home of Jane Austen, one of England's finest novelists. Now it's home to a few distant relatives and their diminishing estate. With the last bit of Austen's legacy threatened, a group of disparate individuals come together to preserve both Jane Austen's home and her legacy. These people—a laborer, a young widow, the local doctor, and a movie star, among others—could not be more different and yet they are united in their love for theworks and words of Austen. As each of them endures their own quiet struggle with loss and trauma, some from the recent war, others from more distant tragedies, they rally together to create the Jane Austen Society.
A powerful and moving novel that explores the tragedies and triumphs of life, both large and small, and the universal humanity in us all, Natalie Jenner'sThe Jane Austen Society is destined to resonate with readers for years to come.

Natalie Jennerwas born in England, raised in Canada, and graduated from the University of Toronto with consecutive degrees in English Literature and Law. She worked for decades in the legal industry and also founded the independent bookstore Archetype Books in Oakville, Ontario, where she lives with her family and two rescue dogs. A lifelong devotee of all things Jane Austen,The Jane Austen Society is her first published novel.

"Anyone seeking an antidote to contemporary chaos will find a welcome respite among the members of a group whose outer lives may appear simple, but whose inner lives need the kind of balm Austen knew well." —The Washington Post
"In my opinion, Natalie Jenner’s first novel,The Jane Austen Society, could not have been published at a more appropriate time...it’s a wonderful, magical journey to the end of the book." —Fredricksburg Freelance-Star
"Just like a story written by Austen herself, Jenner's first novel is brimming with charming moments, endearing characters, and nuanced relationships...Readers won't need previous knowledge of Austen and her novels to enjoy this tale's slow revealing of secrets that build to a satisfying and dramatic ending." —Booklist (starred review)
"Readers who enjoy character-driven novels will want to read this book. Like Mary Ann Shaffer and Annie Barrows’sThe Guernsey Literary and Potato Peel Pie Society, it’s a must-purchase for libraries of all sizes." —Library Journal (starred review)
"Delightful... Jenner’s immersive character development is juxtaposed against her study of Austen’s characters, providing clever insight into how the trials of Austen’s life were revealed through her books." —Publishers Weekly
"Few things draw disparate people together so quickly as discovering they love the same writers. Few writers cement such friendships as deeply as Austen does. I believe that the readers of Jenner's book will fall in love with the readers inside Jenner's book, all of us thinking and dreaming of Austen the whole while. What could be better? Nothing, that's what! A wonderful book, a wonderful read."—Karen Joy Fowler,New York Times bestselling author ofThe Jane Austen Book Club
"I can’t remember the last time I was so utterly charmed by a novel as I am withThe Jane Austen Society. Natalie Jenner creates a world populated with characters who come together to preserve Jane Austen’s home in the village of Chawton after WW II. And in so doing she explores love and grief and hope, all while plunging us headfirst into Austen’s words. A celebration of the human spirit and the power of stories, I just love this book!"—Ann Hood,New York Times bestselling author ofComfortand The Obituary Writer
"Natalie Jenner's lovely debut novel,The Jane Austen Society, is a charming, yet bittersweet tale about the power of literature — the beloved Jane Austen in particular — to heal and elevate the human spirit in the aftermath of World War II.”—Marie Benedict,New York Times bestselling author ofThe Only Woman in the Room
"Natalie Jenner'sThe Jane Austen Societyis an extremely impressive debut novel populated with fully-developed, nuanced characters that resonate with the kind of humanity that made Ms. Austen's stories so universal and timeless."—Mark Sullivan, bestselling author ofBeneath a Scarlet Sky
"Fans ofThe Chilbury Ladies’ Choir and The Guernsey Literary and Potato Peel Pie Society will adoreThe Jane Austen Society, which tells the story of an eclectic group of people in a post-World War II English village who come together to save the beloved author's home and legacy. Author Natalie Jenner has penned a charming and memorable debut, which reminds us of the universal language of literature and the power of books to unite and heal."—Pam Jenoff,New York Times bestselling author ofThe Lost Girls of Paris
"TheJane Austen Societyis a joyous novel. Written beautifully from the first sentence to the last, Natalie Jenner casts a spell that will have you falling in love with each of her lovingly-drawn characters, with the charming English village in which the story is set, and with Jane Austen herself. I read it straight through, relishing every word and regretting only that it eventually had to end. With tears still in my eyes from the perfect closing scene, I ran to pull a Jane Austen novel from my bookshelf, eager toremain in the magical world Natalie Jenner conjured. In a time where it is so easy to feel we are all at odds with one another,The Jane Austen Societyis a beautiful reminder that connection and care are at the heart of the human experience."—Kim van Alkemade,New York Times bestselling author ofOrphan #8 andBachelor Girl
"Prepare to meet 'three or four families in a country village' who embrace their passion and form a literary society in honor of an author whose enduring appeal, after 200 years, reminds us of what should be paramount in our lives: compassion, love, and reading!!The Jane Austen Society is an uplifting tribute to its inspiration and the nobility of the human spirit. Natalie Jenner could be the next Helen Simonson.”—Laurel Ann Nattress, editor ofJane Austen Made Me Do It and Austenprose.com