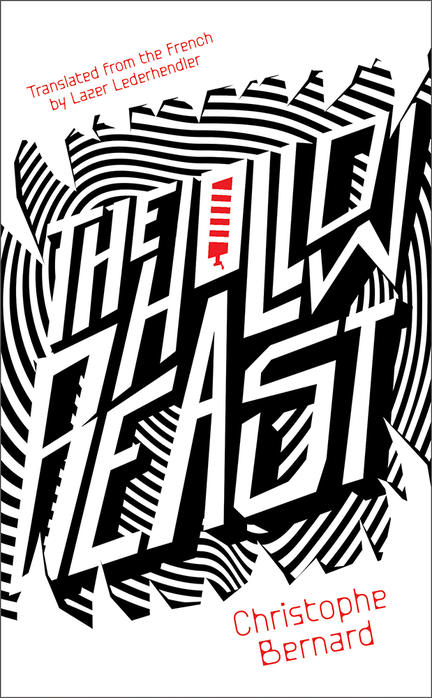 In 1911, in a hockey game in Quebec's Gaspé Peninsula, local tough guy Billy Joe Pictou fires the puck into Monti Bouge's mouth. When Monti collapses with his head across the goal line, Victor Bradley, erstwhile referee and local mailman, rules that the goal counts. Monti's ensuing revenge for this injustice sprawls over three generations, one hundred years and dozens of alcohol-soaked tall tales, from treachery in northern gold-mining camps to the appearance of a legendary beast by turns playful and ferocious. It's up to Monti's grandson, François, to make sense of the vendetta between Monti and Bradley that has shaped the destiny of their town and everyone who lives there. In a sumptuous, unpredictable language and slapstick comedy, Christophe Bernard reveals himself as a master of epic storytelling.

Lazer Lederhendler is a full-time freelance translator specializing in contemporary Québécois fiction and nonfiction. His work has earned him many distinctions in Canada and abroad, including multiple nominations for the Governor General’s Literary Award, which he won in 2008 for the translation of Nikolski by Nicolas Dickner. He is also the translator of Gaétan Soucy’s novel, The Immaculate Conception, which was a finalist for the Scotiabank Giller Prize and the Governor General’s Literary Award for French to English translation, and the winner of the Cole Foundation Prize for Translation awarded by the Quebec Writers’ Federation. Lazer Lederhendler lives in Montreal.

Praise for The Hollow Beast

"Christophe Bernard has hollowed out the past like a beast and, like an alchemist, has excavated a language of pure gold. He has added a great, savage nugget to Quebec literature."—La Presse (Montreal)

"Christophe Bernard scores a huge hit with The Hollow Beast … He gives birth to a sort of crazed novel in the form of a fireworks show … Bernard slips into the patchwork skin of a kind of Thomas Pynchon crossbred with Rabelais and Victory-Lévy Beaulieu (with a pint of James Joyce) … His writing is flamboyant with vernacular flights. An example of utter mastery."—Le Devoir (Montreal)

"The reader swims in sheer delirium reading The Hollow Beast, a novel from the Gaspé that takes place over several generations. Passionate and unsettling ... A universe plugged in at 10,000 volts!”—Radio Canada

"A tale with plenty of momentum that covers a whole century and is at once fantastic, funny, cruel, brilliant."—Le Journal de Montréal

"A family saga unlike any other … And it's funny! I envy this writer's talent."—L'Actualité (Montreal)

Other titles by Lazer Lederhendler

If You Hear Me

The Life and Works of Éva Circé-Côté

Who's Afraid of the Black Blocs?

Anarchy in Action around the World