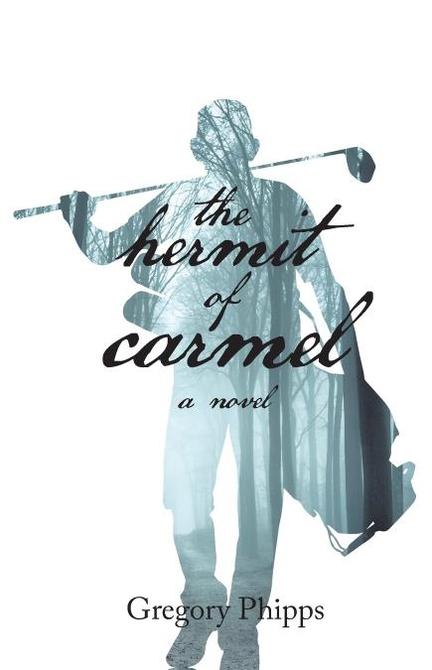 Grief motivates Robert Das to withdraw from society and embrace a life of solitude in the woods surrounding Carmel, California - living as a hermit while surrounded by luxury homes and manicured golf courses. While avoiding discovery and stealing materials to craft his makeshift cabin, Robert rediscovers his passion for golf and for life.

Excerpt: The Hermit of Carmel (by (author) Gregory Phipps)

There were a greater number of believers among the golfers that frequented the courses lying within the Del Monte. Many of the local courses enjoy forest borders. An unseen voice had made its presence known, in a most subtle and unthreatening way, over the previous year or so. Like the deer that also call the local woods home, the Hermit might peek his head out early in the morning or at dusk and hightail it when seen or approached. Nobody knew the identity or motive of the elusive stranger or whether he was truly a hermit, in the traditional sense, or merely an eccentric local resident hanging around the woods. The hermit story seemed to command greater curiosity and audience back in the clubhouse over nineteenth-hole cocktails. It became a source of status to declare that you had seen the Hermit. It elicited howls of laughter if bar patrons heard that he called you out, from the safety of the woods, after witnessing you kick your ball from the rough to a better position on the fairway. If nothing else, the Hermit had kept golfers honest. That proved to be sufficient reason to raise one’s beer glass or order another round. Or two.

As for the woods, one must only take a walk through them to appreciate their serenity and relative seclusion, among a sea of handsome mansions and heavily trafficked roads. If one were looking for a quiet, contemplative site to ponder life for a couple of hours, this would be an idyllic spot. For someone with longer-term plans, it was an ideal, tranquil place to remain purposefully hidden. If one were homeless, voluntarily or otherwise, there could be far worse places in which you might find yourself. The Monterey Peninsula, while on occasion damp and chilly, allows for year-round outdoor living — at least for the hardy and unpampered. It’s an idyllic location for someone who wishes to access the infrastructure and resources of nearby Carmel. It is also the perfect place for someone who might want to interact with society on his or her own terms.