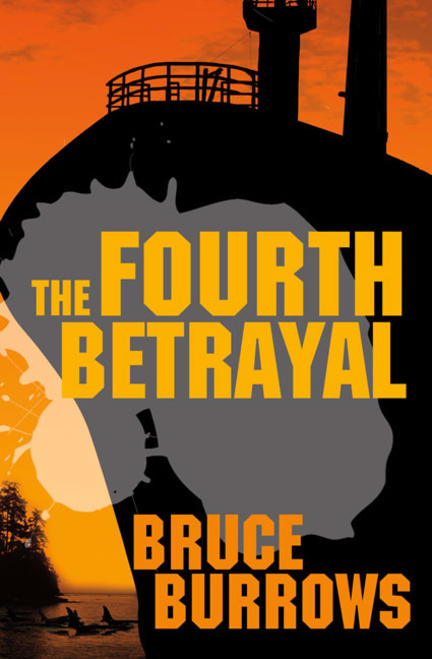 A suspenseful mystery set on the Pacific Northwest coast about a pipeline conspiracy that pits the everyday working man against high-level government.,

When childhood best friends Ollie Swanson and Dougie Tarkenen commit larceny, they must keep it secret into their adult lives. Years later, Dougie turns up dead, apparently drowned in a canoe accident. Ollie is devastated. When he discovers that Dougie had made secret tapes that reveal extreme corruption at the highest levels of government, the circumstances around Dougie’s death become highly suspect, and the secret from their youth comes back to haunt Ollie. When Ollie’s life is threatened, he must figure out a way to protect himself and his family.

The Fourth Betrayal is a gritty, wry, and masculine exploration of what happens when bureaucratic greed and deception threaten the livelihoods of small coastal communities.

Bruce Burrows is the mystery author of The River Killers and The Fourth Betrayal. Having spent years working as a fisherman, commercial diver, and, most recently, at-sea-observer, he is a true man of the sea. During his time as a fisherman, he wrote a weekly column called "Channel 78, Eh" about fishing on the West Coast. His collected columns can be found in Blood on the Decks, Scales on the Rails. Bruce lives on a small island off the northeast coast of Vancouver Island.

"The quick pace and multiple plot twists will keep readers guessing right up to the last chapter." —BC Books for BC Schools

"If you care about British Columbia, have a sense of humour and adventure, and a little bit of irony, this book is for you. Great characters living large, and close enough to the truth to be scary." —Bruce Hill, Project Director at Headwaters Initiative

"Writing in the style of an old-school, hardboiled detective tale set in the modern day, Burrows weaves a tale of love and loss, of friendship and fierce loyalty, and of corruption, conspiracy, and, yes, betrayal in the halls of power ... The Fourth Betrayal is not about a destination. It's about a journey, populated by colourful characters and dialogue, that may determine what the futurre holds for all of us. And it's defnitely a ride worth hopping abroad." —North Island Gazette

"Another gripping and entertaining page turner from Malcolm Island's environmental mystery master. Thoroughly enjoyable but with a disturbing ring of truth." —Claire Trevena, MLA for North Island, BC

"A great story . . . Burrows draws from his own experience and much of the narrative is based on historical truths. The betrayals he refers to are not far from the reality many of us lived, out on the water plying our trade." —Des Nobels, commercial fisherman

Other titles by Bruce Burrows