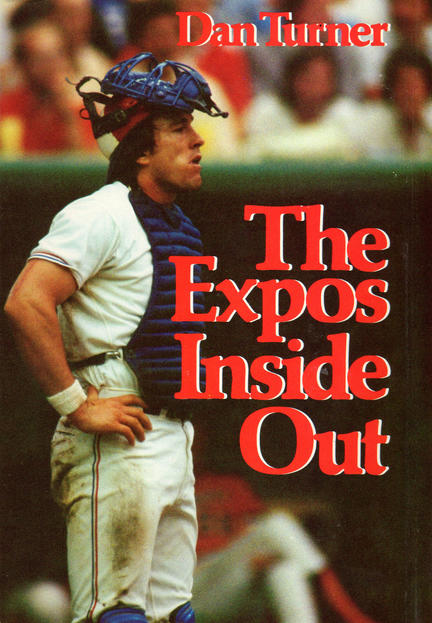 The Montreal Expos have become one of North America's most popular major-league teams. And this just may be the season they finally win the World Series. The Expos Inside Out is Dan Turner's tribute to this popular contender, the team that could bring baseball's most coveted honour to Canada.

Beginning with that first game back in 1969, Turner guides us through a history of the team and its players, leading up to the great drama of the 1982 season, when the Expos were favoured by nearly every pundit in the game to swagger to the World Series. They were the class of the National League, yet ended the season a disappointing third. What went wrong?

With deft journalistic skill, Turner exposes every aspect of the Expos' game. In a sport in which fans see their heroes from afar, Turner shows what it's like on the inside. From a very personal perspective, he introduces us to each of the cast - Gary Carter, Andre Dawson, Steve Rogers, Tim Raines, Al Oliver, Warren Cromartie - interweaving their talents and personalities with the events that have determined the destiny of the team. He levels harsh words when they're warranted, lavishes praise when it's deserved. By the end of the book, Turner completes a portrait of the Expos written with love, humour and respect. His easy style makes The Expos Inside Out enjoyable reading for Expo fans and for all who love baseball.

There are two constants in Dan Turner's life: his family, and baseball. He has been a political reporter in Ottawa for the Citizen, a foreign correspondent in Africa for Maclean's magazine, and a winner of an ACTRA award in 1982 for his feature interviews with the CBC. Dan was also awarded a National Newspaper Award for investigative journalism with the Ottawa Citizen in 1985. But throughout his career he kept a close eye on the box scores and in 1982 his first book, The Expos Inside Out, made the bestseller list.

Other titles by Dan Turner