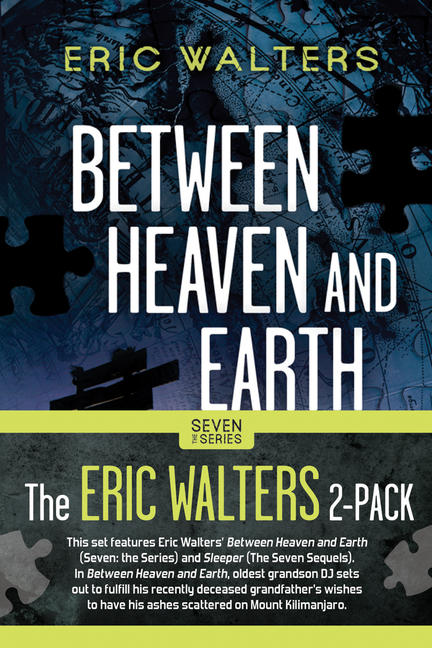 This two-book set features Eric Walters's Between Heaven and Earth, from Seven (the series), and Sleeper (The Seven Sequels). In Between Heaven and Earth, oldest grandson DJ sets out to fulfill his recently deceased grandfather's wishes to have his ashes scattered on Mount Kilimanjaro. The adventure continues in Sleeper as DJ jets across the Atlantic to England to follow a series of obscure clues and symbols he hopes will reveal the truth about his grandfather.
Check out Jungle Land by Eric Walters (The Seven Prequels) and all the other books in Seven (the series), The Seven Sequels and The Seven Prequels.