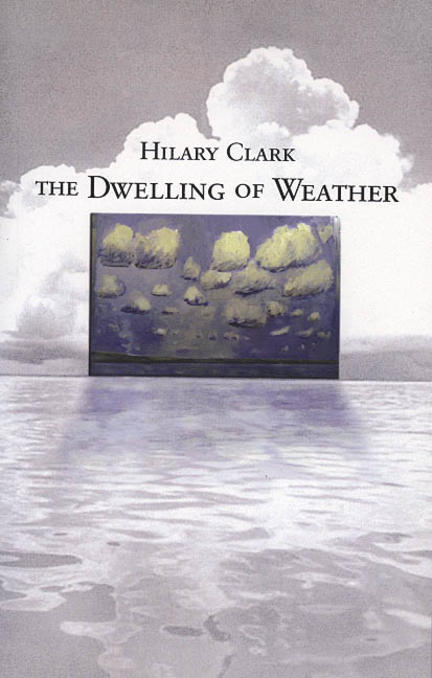 A poem is a shelter, provisional--a little wobbly-- a house whose rooms have no walls, whose windows are prairie sloughs whose ceilings stream with the clouds. (from "Dwelling")

Hilary Clark's newest volume of poems shelters a world of stories and poems, of the tricks of language that are the dearest home of a writer. "The hinge," she writes later in "Dwelling", "is attention to the moment, its particular light." And Clark attends with mind acutely tuned, with heart open and eager; she writes with the subtle nuances, the gentle shifts of one who has dwelt long in words and found in them an endless unfolding of possibilities: "each word could be others, thresholds to possible tales" ("Other Worlds"). These poems trace, through their web of reference, a life story of reading -- the Bible, Shakespeare, Blake, Lewis Carroll, and Emily Bronte meet Michael Palmer, Fred Wah, and Robert Duncan -- not just Clark's life story but any reader's who finds in words a way to lure the spirit homeward.

Clark attends as well to the world outside the book, finds in the weather her "ground of understanding" ("Weather Body 1"). This understanding, so deeply rooted in the weather, is itself an unfolding, our clearest immersion in process.

Other titles by Hilary Clark

The Dwelling of Weather