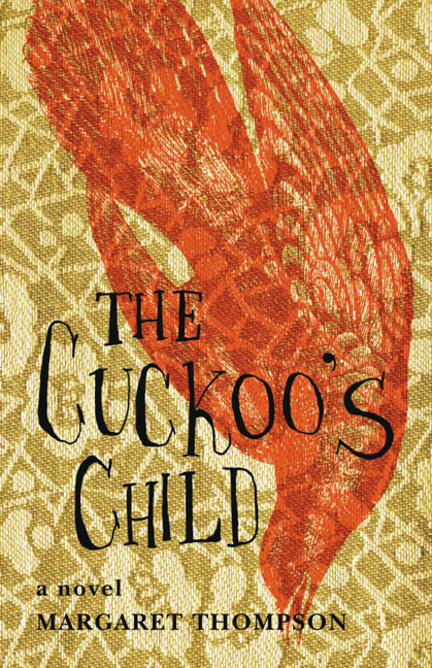 In her forties, Livvy Alvarsson hopes to be a bone marrow donor for her much-loved younger brother, Stephen. Instead, she discovers she has no idea who she is. This is the second great loss she has suffered, for eleven years earlier her four-year-old son, Daniel, disappeared. Armed with a few clues from wartime England, she embarks on a search for her birth family.

The narrative takes the reader from small-town British Columbia to London, the English countryside, and back. It is a story about loss and grief, and secrets and guilt, but it is also about restoration and balance. As Livvy confides her story to her dying brother, she reveals not only an identity enriched by experience, but also the transcendent importance of family and love.

The Cuckoo’s Child is a compelling and remarkable evocation of a woman’s search for her family history.

Margaret Thompson's first collection of short stories, Hide and Seek, was published in 1996, and in 2000, she won a BC2000 Book Award for her second book, an historical novel for young adults, Eyewitness. She has published stories, poems, and essays in literary magazines and anthologies, as well as a chapter book called Fox Winter and a collection of travel essays, Knocking on the Moonlit Door. A past president of the Federation of BC Writers, Margaret sits on the editorial board of the Federation’s quarterly journal, WordWorks. Born in england and educated at London University, Exeter University, and San Diego State University, Margaret has taught in the BC towns of Merritt, Madeira Park, Sechelt, and Fort St. James. She now lives in Victoria, BC, where she is able to pursue one of her favourite occupations, birdwatching.

“A warm and surprising book: armed with supple prose and a cast of vivid and eccentric characters, Margaret Thompson takes Livvy on a journey that challenges almost everything she thought she knew, and delivers her safely on the other side of loss. Both character and reader are in expert hands.” —Kathy Page, author of Alphabet

Livvy Alvarsson is a strong woman and a strong character, which is why All Lit Up chose to feature The Cuckoo's Child in their Quoted feature.

"In The Cuckoo's Child, Olivia's voice is reflective and even toned, and her anguish is elegantly condensed, as though she is observing her grief from a distance. The descriptions of loss are juxtaposed with detailed descriptions of beauty in nature all around. Thompson's first adult novel . . . will appeal to readers who like introspective literature and a gentle voice." —The Library Journal

"The Cuckoo’s Child is a compelling meld of family mystery and searing meditation upon loss." —The Coastal Spectator

“A keen and compassionate tale about the mysteries of identity. Margaret Thompson confers upon her protagonist a fine sensibility with which to explore the astounding enigma of her own life. It’s a worthy quest for her, and for us.” —John Gould, author of Seven Good Reasons Not to Be Good

"Novels love a changeling—there's something Dickensian about this story of mistaken identity." —The Globe and Mail

Other titles by Margaret Thompson

Adrift on the Ark

Our Connection to the Natural World

Knocking on the Moonlit Door

Reflections on Journeys to Europe and Other Destinations